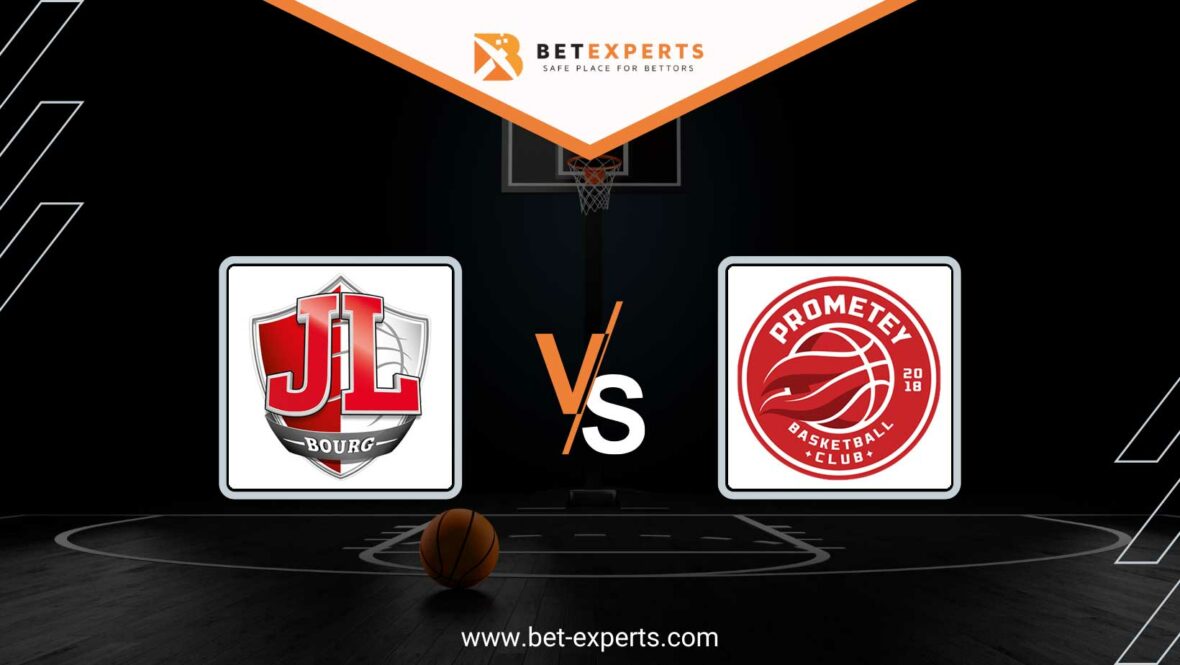 In the seventh round of the Eurocup, the two biggest surprises of this season were in the Eurocup meet. Home Bourg welcomes the Ukrainian team Prometey, which is making its debut in the Eurocup this season and is playing very well, beyond all expectations. Will they manage to surprise Bourg as well?

The Borgo team is perhaps the most pleasant surprise this season. They play attractively with a lot of points and a lot of possession.

The team led by Federico Fauthoux relies mainly on domestic players, with the addition of a few foreign players who make a difference. The leaders of this team are James Plamer and Jordan Floyd, who have all the freedom in the attack and are the best scorers on this team. In addition to them, some local guys do a great job, especially in defense of Franz Massenet, Isiah Mike, Pierre Pelos, and Axel Julien.

Bourg played a lot of equal endings this season, most of which they won, and because of that, they are playing with great confidence.

In the EuroCup, they are in first place in Group A, with a score of 5:1, and their only defeat was against the Bursa team.

Over the weekend, they beat Nancy at home, with a score of 89:83, where Plamer stood out with 20 points. In the last match within the EuroCup, Joventut won on the road, 80:85, Palmer was also the most effective with 23 points.

Despite the war and the bad situation in Ukraine, Prometey plays in the EuroCup and the joint Estonian-Latvian league, where they provide excellent games. They play their home matches in Riga.

This season in the Eurocup, they have a score of 3:3 and have highlighted their candidacy for entering the TOP 8 of the EuroCup. They play much better on the “home” field, while they provide weaker games on away games, but they managed to celebrate in Ljubljana against Cedevita.

The Prometeya team consists of a large number of Ukrainian representatives and a couple of experienced Americans. The team’s game depends a lot on the mood of Clavell, Kennedy, and Agada, while in the racket there is the Czech big man Ondrej Balvin, who dominates under the hoops. The composition includes Ukrainians Sannon, Tkachenko, and Lypovyy.

Prometey plays fast basketball with a lot of shots, so attacks often end in the first 10 seconds of possession.

At the weekend, they celebrated the victory against Tal Tech with 89:67, where Balvin was the most effective with 17 points and 9 rebounds. In the last match of the EuroCup, they were defeated after extra time by Ulm, 105:106, where Clavell stood out with 34 points.

Although Prometey is a very difficult team that can cause problems for everyone when they get into a rhythm, we still think that Bourg has more quality and will win this match with a bigger margin than expected.