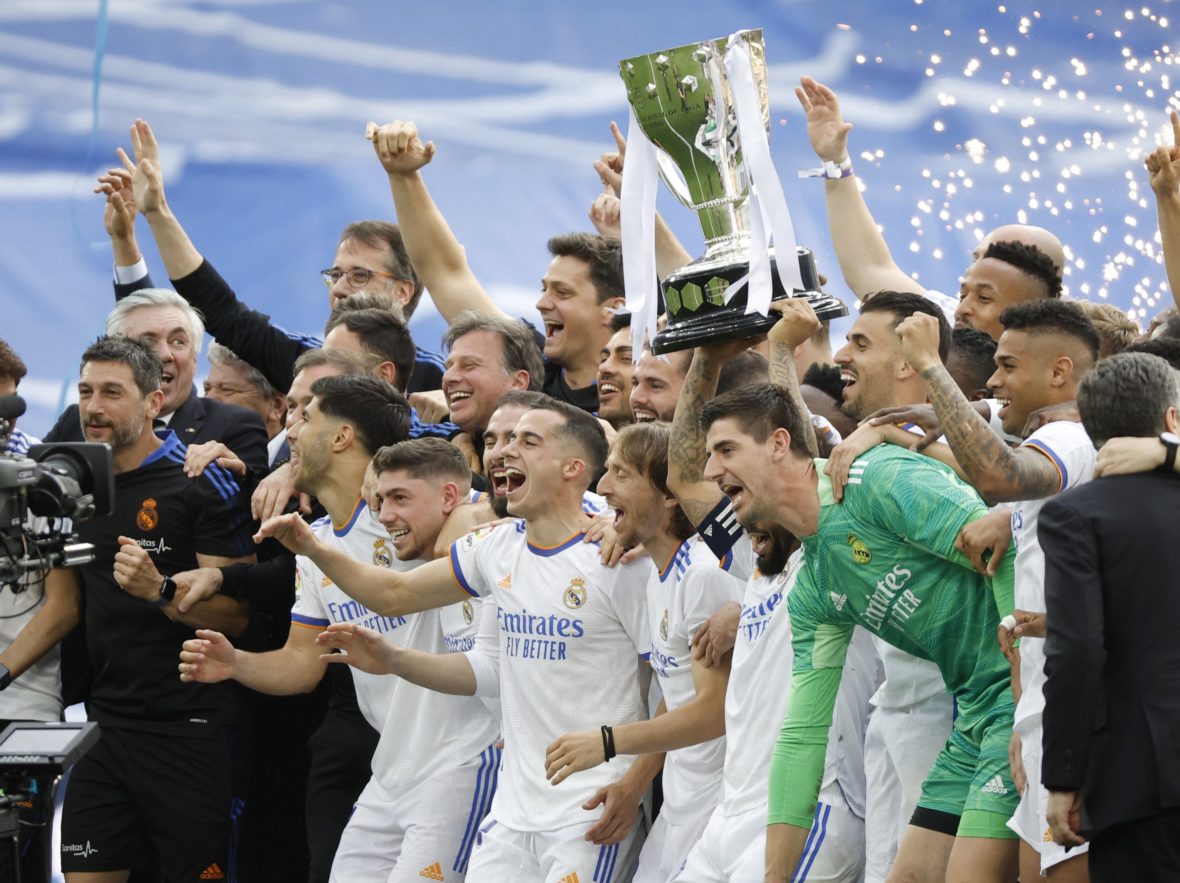 The reigning Spanish champions, Real Madrid, have failed to win back-to-back La Liga titles in the last 14 years. This is exactly the challenge that Carlo Ancelotti’s players are facing before the start of the new season, which starts for Real Madrid in the away game with Almeria on the first weekend. The list of matches for the new Spanish La Liga season 2022-23 was announced about 40 days ago, and it starts on the weekend of August 14, with a break for the World Cup from November 9 to December 29, and ends on the first weekend of June next year. Of course, the best betting sites already gave their offers on future bets, and Real Madrid is the number one candidate to win the championship again.

Just as Real Madrid will play with Almeria in the first round, so will Barcelona, which finished in second place last season with 13 points behind. They will open the new season at Camp Nou against Rayo Vallecano. Atletico Madrid will face Getafe, while the Andalusian giants – Real Betis and Sevilla will start the new season away at Elche and Osasuna, respectively. Real Sociedad, a team that briefly topped the table last season before Real Madrid took over, will play Cadiz, while Valencia, now managed by celebrated ex-AC Milan midfielder Gennaro Gattuso, will play a new team in La Liga – Girona.

If we just look at the mentioned matches of the first round of La Liga, we can say that another crazy season is ahead of us.

The Battle For The Top

Although last year’s top four on the table looked quite expected (Real Madrid, Barcelona, ​​Atletico Madrid, and Sevilla), we must admit that there were moments when the very top of the table was held by teams that were not expected to do so. During the last season, Real Sociedad, Real Betis, and even Rayo Vallecano were either at the very top of the table or in the places leading to the Champions League, but towards the end of the season, they faltered and gave way to more experienced teams.

This season, we expect Villarreal to lead the battle for the top four places, as they have no Champions League games this season to hinder them in that goal, while Betis, led by Manuel Pellegrini and orchestrated on the pitch by Nabil Fekir and Sergio Canales, should once again be at the same level as this season.

Another season of the Spanish La Liga is upon us, which means that some teams got relegated, and some were promoted to the elite class of Spanish football. With an intense three-way battle for the La Liga 2 title and a chaotic and unpredictable promotion playoff, let’s get to know the three new teams that will play in La Liga and find out how they got to the first division.

Almeria – After seven years of waiting, Almeria will finally play with the big boys in Spain. Almeria won the league title in the last round. After drawing 2-2 against Leganes in the last round, Almeria and Real Valladolid ended the season with 81 points, but Almeria has crowned the champion based on the better head-to-head record in the season.

Real Valladolid – With every sensation in sports comes to the other side, a little sadder. It is precisely this sadder side that we can associate with the Real Valladolid team. However, they can find solace in the fact that they directly qualified to La Liga, but finishing second in the league is never a good feeling. Especially when you finish second the way they did. The team is currently majority owned by Ronaldo Nazario (yes, the real Ronaldo), who was at the club when they were relegated in 2020, and just two years later, they are back in the top flight.

Girona – After a terrible start to the season, Girona found themselves in the relegation zone after only 12 rounds played. We believe that at that time, they themselves did not believe that they would reach the playoffs, let alone achieve promotion to La Liga. Miraculously, the club managed to make it to the playoff positions after only nine games played, where they remained until the end of the season.

As you know, summer is the time when players rest and make the biggest transfers. The vast majority of the world’s biggest transfers were made in the summer transfer window, so the situation in that regard is no different this summer. As expected, Real Madrid and Barcelona were the most active in the player market, and you can find who the teams brought or sold below in the list of top 10 transfers by value.

Raphinha from Leeds to Barcelona – €58m

Marcao from Galatasaray to Sevilla – €12m

As you might have noticed, the list of the biggest La Liga transfers does not include Franck Kessie, who moved from Milan to Barcelona for free, and Antonio Rudiger, who also moved from the English Chelsea to Real Madrid for free. These are the transfers that the administrations of these two clubs have done very well and are certainly worth mentioning.

Where to Bet on La Liga?

Spain’s La Liga is a magnificent competition full of football virtuosos who, after all, are why we watch football. And so it has always been – Spain’s La Liga always attracts the most impressive and technically brilliant players in the world who are ready to step up and put on a show in every game.

The Spanish La Liga is a joy to watch, and betting on La Liga matches at real money betting sites can make that experience even better. Some of the strongest and most impressive teams play in La Liga, creating a spectacle at every opportunity, adding to the excitement for football betting fans around the world.

For those who want to know which are the best betting sites, on our site, you can find different lists and recommendations.