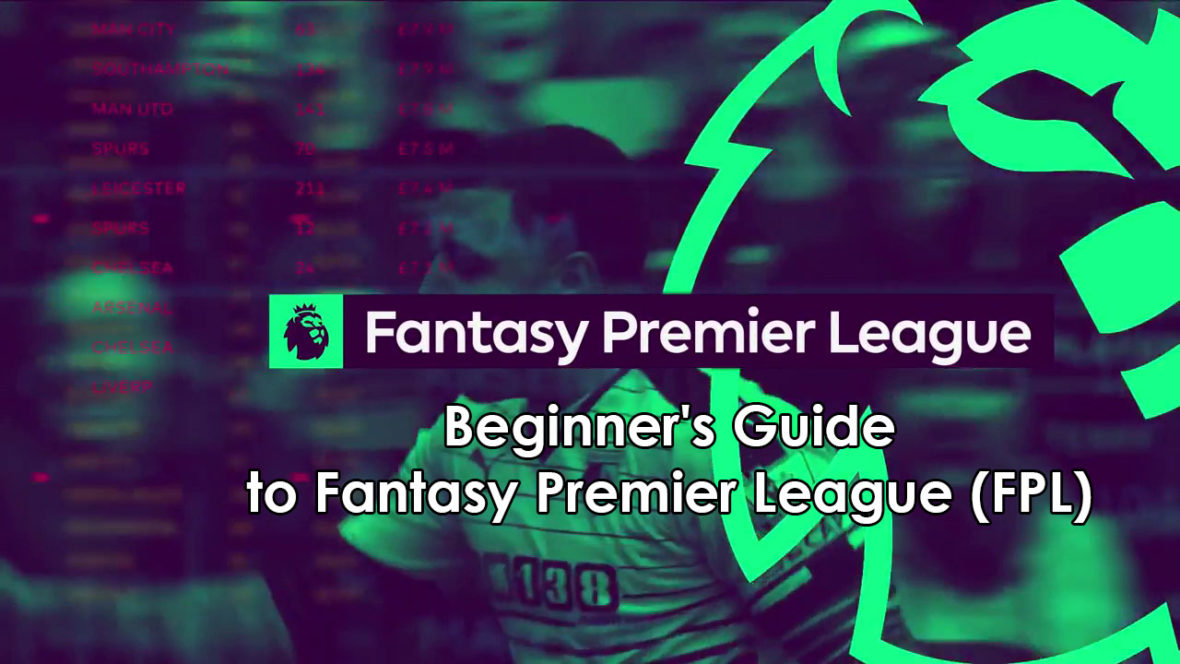 If you’re new to the world of Fantasy Premier League, we will try to explain it to you in its most simplistic form. It’s essentially like you’ve been living in darkness and have just discovered fire and light for the first time. It is a game that makes you appreciate football, the Premier League, every single player amongst the 20 teams (and not just the team you support), and so much more. It brings people together from across the world with a common interest. Also, it allows for casual chat and banter, especially when you’re beating your mates, work colleagues, and family. This season promises to be the biggest season yet, with the highest number of FPL managers expected. Fantasy Premier League is expected to surpass last season’s record of more than 9.1 million managers.

I will be your dedicated writer and go-to account for all things Fantasy Premier League. FPLijah will be taking you through the highs and lows of the roller coaster that is FPL and providing topics for both beginners and seasoned FPL managers. Any dedicated FPL account can shove content and their opinions down your throat, regardless of whether they’re a noob or not, but I want you to take comfort in the fact that you will be getting advice from me, who has been a touch consistent with regards to overall rank and winning mini-leagues, year in, year out. My name is Elijah, and I am also known by my FPL account name, FPLijah. This will be my 7th season playing this beautiful game.

In summary, my philosophy when it comes to playing FPL, apart from having fun, is to go with my gut despite what stats may often say.

Now that you’re a little familiar with me let’s get into the Beginner’s Guide to FPL.

If you have not already set up your account, the first thing that you will need to do is register on fantasy.premierleague.com. Thereafter you can use the browser or download the Official FPL app on your phone. I tend to use the browser, even on my phone, as there have been quite a few reported bugs on the app in previous seasons. Now the guide to Fantasy Premier League can start.

Once you’re all set up, you will then need to select a squad of 15 players with a budget of £100m. Your team needs to consist of:

Your other limitation is that you’re only allowed to select a maximum of 3 players per Premier League Team.

Once you select your 15-man squad, keep in mind that you will be starting with 11 players. You will have four players on the bench (we will get to substitutions and bench order later in the article). The next thing you may ask yourself is what to do with regard to formation. Well, any formation is allowed in your starting XI, but there are minimum requirements that must be kept:

There are so many formations available to you. Yet typically, when we chat formation in the world of football and FPL, we refer to it without mention of the goalkeeper, as you absolutely need a goalkeeper. In a formation, we begin with the defense, midfield, and then your forwards. Typical formations are:

Now, let’s move on to Captaincy.

This is one of the most important topics for every guide to Fantasy Premier League. After you’ve picked your starting XI for the Gameweek, as well as your benched players, then you have to pick a Captain and Vice Captain. Picking a captain does not mean picking the player you like the most, nor the player you feel is a leader on the pitch, but it’s actually selecting a player that you feel will score the most points on your team. The selected captain will get his points doubled after every Fantasy Premier League GW. Sometimes picking the captain feels like betting, as you never know how a selected player will perform.

In the event that your captain does not play a single second of football for a given gameweek, the player that you have selected as your vice-captain will then become your captain, with the first player from your bench auto-subbing in, as long as the minimum formation requirement rules have been adhered to (Pro Tip: Generally, do not captain and vice captain a player from the same team, in the event that a match gets postponed due to unforeseen circumstances, like Covid or weather, etc.)

Since we’re chatting about substitutions/auto-subs, let’s dive into that.

In the event that any player from your starting XI does not play a single second of football in the Gameweek (due to injury, rotation, covid, match postponements, etc.), that player will be substituted with the first player on your bench, provided the minimum formation requirements are met (as stated earlier in the article). I would like to stress that BENCH ORDER MATTERS!

An example of formation being kept due to auto-subs:

You’ve gone with 3 defenders at the back (say, Trent, Cancelo, and James), but one of them did not play a single second of football (James), but your 1st sub on your bench is a forward (let’s say that forward even scored a goal, and his name is Archer). Archer will not be substituted in, as you didn’t keep the minimum formation of 3 defenders. Say you had a defender who was 2nd on the bench (Dalot) but got himself 1 point, then Dalot will auto-sub in for the missing James, despite him not being your first sub.

Before the first deadline, I’m sure you’ve made a ton of transfers as you continue to tinker and try to find that perfect squad with unlimited transfers, but once the Gameweek 1 deadline comes, you only get 1 free transfer per gameweek. If you feel like your team is still quite perfect, well, then you don’t have to make a transfer and will indeed save that transfer. A limitation when it comes to transfers is that you’re only allowed to have a maximum of 2 free transfers saved, so if you decide not to make a transfer for a further gameweek, you essentially would lose out on 1 transfer. Every additional transfer that you make beyond your free transfer/s will be at the expense of four points hit (-4 points on your overall points total).

The moment you transfer out any of your four Chelsea players whilst you’re tinkering, you won’t be able to get a 4th Chelsea player, but if you keep your four players as is, it is completely allowed heading into the first gameweek, as you had Sterling before he moved. The downside to this is that after the Gameweek 1 deadline, whenever you want to make any transfer, the game will tell you to remove a Chelsea player, and you won’t have the flexibility to make a different transfer (unless, of course, you take a 4 point hit).

Now that we’ve gone through some of the basics involved with FPL, how on earth do your players actually get points?

There are various ways for your players to get you points in FPL. Some ways of getting points are the same regardless of the player’s position, which is summarized in the table below.

An FPL assist works a little differently from just the regular assist that you may be accustomed to. Identifying an FPL assist is as follows:

Bonus points are awarded to the three best players in the game according to the Bonus Points System implemented by FPL (as serious FPL players, we don’t often agree with who these points are awarded at the end of the game hence we still ask for transparency with regards to this).

No FPL manager wants their player to receive a red card, but in the event that your goalkeeper or defender gets a red card and gets -3 points, the punishment does not just end there. Negative points for goals conceded in their absence will still apply.

The Tables listed below will show the difference in how points are awarded based on your FPL player position:

To spice things up, making FPL more fun, as well as introducing a further element of strategy, Fantasy Premier League has added four Chips for us throughout the season (well, technically five chips, but we’ll discuss that soon).

NOTE: ONLY 1 CHIP CAN BE USED PER GAMEWEEK 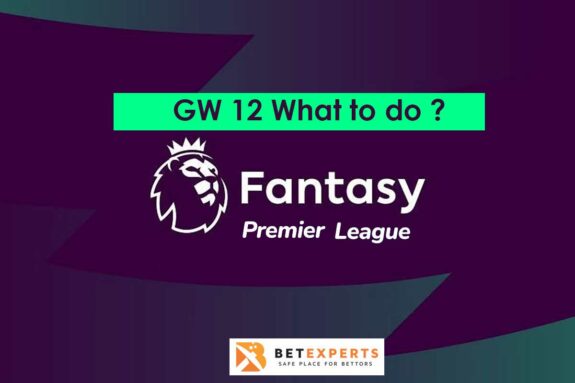 Fantasy Premier League GW12 – What to do?

As GW11 has passed, many FPL managers are in panic mode, as in GW12, Manchester… 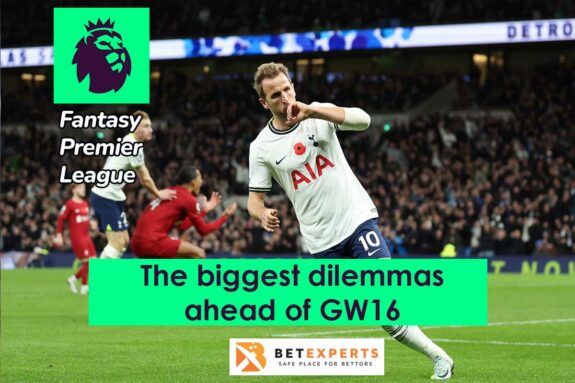 We are seriously approaching the start of the 16th round of the Premier League, the…