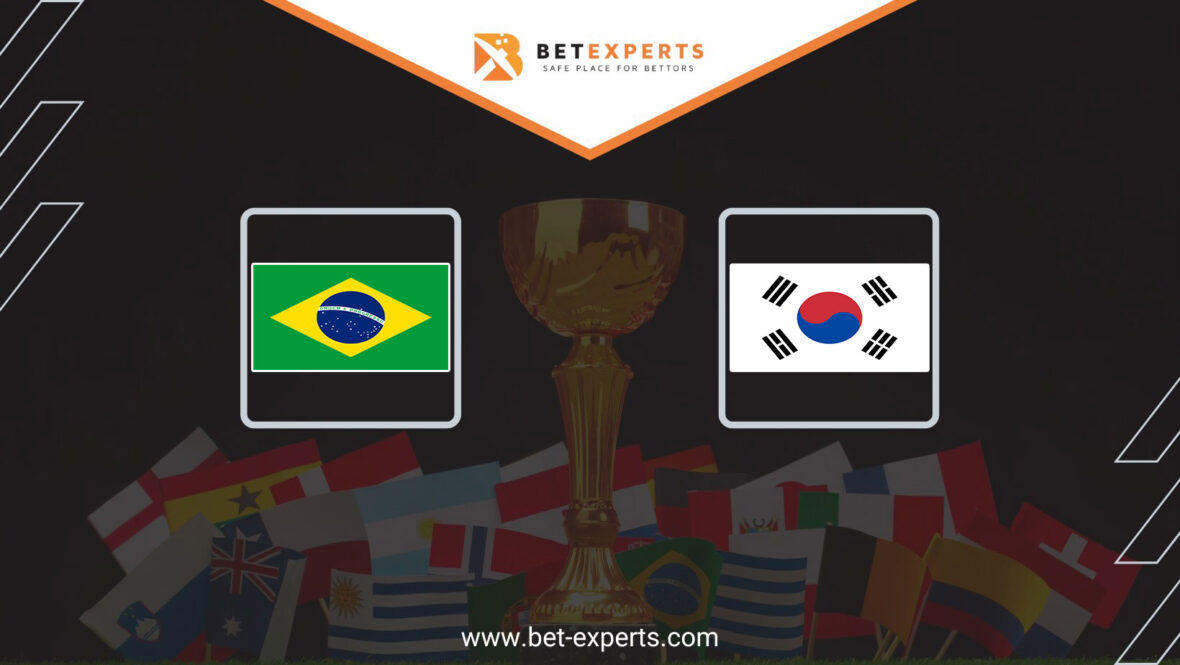 On Monday, two more matches of the Round of 16 of the World Cup are scheduled. From 20:00 at Stadium 974 (former Ras Abu Aboud Stadium), the national teams of Brazil and South Korea will meet, and the best from that match will become the sixth quarter-finalist of the tournament in Qatar.

Brazil is the team that occupies the leading place in the FIFA rankings, so it is not surprising that many see them as the main favorite to win the 22nd FIFA World Cup. They qualified for the round of 16 as the top team in Group G with 6 points, the same number as Switzerland after three rounds, but Brazil had a better goal difference.

Coach Tita’s chosen players played exactly as much as they needed to pass the first hurdle in the group competition. They beat Serbia 2-0, then Switzerland 1-0 and after two rounds they were sure participants in the knockout phase.

They suffered a historic 1-0 defeat at the hands of Cameroon on Friday, but that should not worry them as they made as many as nine changes to their starting line-up to rest players for the challenges ahead starting with Monday night’s clash with South Korea.

For that match, there is a possibility that their best player, Paris Saint-Germain striker Neymar, who missed the last two matches of the national team due to an ankle injury he suffered in the match against Serbia, will return to the team.

What goes in Brazil’s favor is, relatively speaking, the easiest path to the semi-finals. If they get past South Korea in the round of 16, which shouldn’t be a problem, they would play in the quarterfinals against the better team from the Japan-Croatia matchup.

On the other hand, South Korea is one of the most pleasant surprises of the World Cup so far. After a goalless draw with Uruguay in the first round and a 3-2 loss to Ghana in the second round, Sergio Costa’s team unexpectedly defeated Portugal 2-1 in the last match of Group H and qualified for the round of 16.

They won 4 points, the same as Uruguay, but South Korea’s better goal difference was crucial for them to advance to the next round of the competition. In the match they play on Monday, they will face perhaps the toughest opponent in the knockout phase of the tournament in Qatar.

Brazil and South Korea have met seven times so far, mostly in friendlies. Brazil won six times, and South Korea only once, back in March 1999. The last match they played was in June of this year, Brazil won convincingly with a score of 1-5.

Brazil has defeated South Korea in the last four meetings between them, with a goal difference of 13-3. So it is not surprising that they carry the epithet of clear favorites in the next match as well. Brazil has scored at least two goals in seven of their last ten matches in all competitions.

When it comes to South Korea, they have failed to score in just one of their last 13 matches, with 9 of those 13 matches ending with over 2.5 goals. That’s why we think that the combination for this match to win Brazil with a total number of goals in the match above 2.5 is the best option.