From the very beginning of the basketball game, France was highly on European and World map. They participated in the first Eurobasket that took place in Switzerland back in 1935, and they also played in the first FIBA World Cup 15 years later in Argentina.

In that period, France represented a respectable national team. Until 1959, they won five medals at the Eurobasket, but they never climbed to the top step of the podium. They also played in the final of the 1948 Olympic Games in London, but understandably United States was too powerful for them.

After fifth place at the FIBA World Cup 1963 in Brazil, a very bad period for French basketball followed. It lasted until the beginning of 21st century. In those 37 years, they qualified for the World Cup and Olympic Games only once, while they were a regular participant in the Eurobasket, but without winning a medal in that time period.

Return to the very top of world basketball in 21st century

In 1999, France hosted Eurobasket with the desire to break a long medal drought and finally win a gold. Team formed around Antoine Rigaudeau had high expectations, but they were stopped in semifinals by Spain. In the game for third place, they also suffered a defeat against SFR Yugoslavia.

However, a year later something incredible and unexpected happened. At the Sydney Olympics in 2000, France reached the final by knocking out Canada and Australia. There, just like in 1948, they were defeated by United States, but they won medal for the first time after 41 years of waiting.

A year later, Tony Parker made his Eurobasket debut for France. Few could have known at the time that this particular player would be the best in the history of this country. His results with the San Antonio Spurs in coming years drastically influenced big progress of French basketball.

During his entire career, Parker regularly played for his country every summer, but France was never able to go all the way and lift the trophy at the Eurobasket. In 2003 and 2005, they were eliminated in the semifinals, while in 2011, Spain smashed them in the final game. In those years, Spain very often represented an insurmountable obstacle for France, but all that changed in Ljubljana in 2013.

France came to Slovenia in 2013 as one of the main favorites to win gold medal at the Eurobasket. This was also the case in some previous tournaments, but this time Spain didn’t have all best players and that went in France favor.

Tony Parker, Nicolas Batum and Boris Diaw were backbone of the national team, but Eurobasket didn’t start well for France. Already in first match, they were defeated by Germany and then it didn’t look like they are capable to to the very end. However, in next four games, “Les Bleus” achieved four wins and finished first stage in first place.

At the beginning of second phase, France suffered a loss against Lithuania, but in a direct duel for a spot in quarterfinals, they were better than Latvia. The Latvians had no solution for fantastic Alexis Ajinca, who scored 25 points and thus led France to very important victory.

In the quarterfinals, France played against hosts Slovenia. After an offensively weak first half on both sides, Parker was excellent in the second half. With 27 points in total, he was the most valuable player in 72:62 win of his national teeam. Thanks to this result, France scheduled a new clash with their nemesis Spain in the semifinals.

Although Spain was without Pau Gasol and Juan Carlos Navarro at this Eurobasket, their national team was still extremely powerful. When you add to that a certain complex that France has developed in previous years, no one expected an easy job for “Les Bleus”.

Start of the match was just like that. In the first half, France couldn’t hit anything at all and in 20 minutes of basketball they shot 0/8 for three points. Spain went on 15-minute break with +14 (34:20), but a completely different French team came out of the locker room.

Parker took full responsibility, looked for the ball in almost every attack and delivered one of the best individual games in Eurobasket history. France made a big comeback in the second half and won 75:72 after overtime. Parker finished the game with 32 points.

In the final, opponent was Lithuania who easily defeated France earlier on the tournament. However, situation was completely different this time. A win against Spain gave a lot of confidence to France. From the beginning of the second quarter until the very end, this game was a one-way traffic and France triumphed 80:66.

On that way, France won their first and so far only gold medal at a big competition in its history. 18 times before tournament in Slovenia, France ended their appereance in the semifinals (or among top four teams when knockout stage was not played), but now they finally managed to go all the way.

What Rigaudeau’s generation started, Parker’s completed. The dream was finally fulfilled! Under the vaults of Ljubljana’s Stozice. 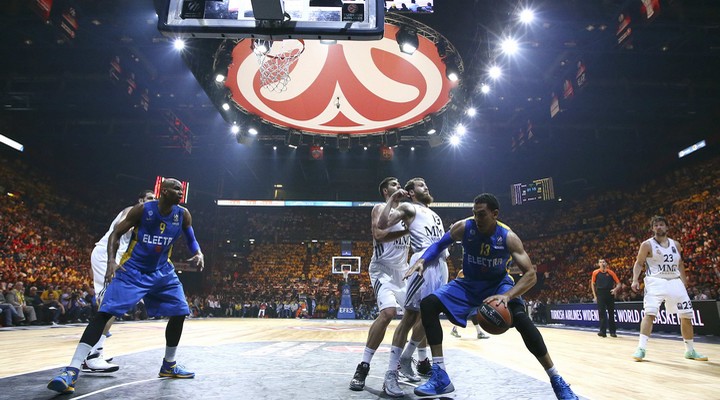