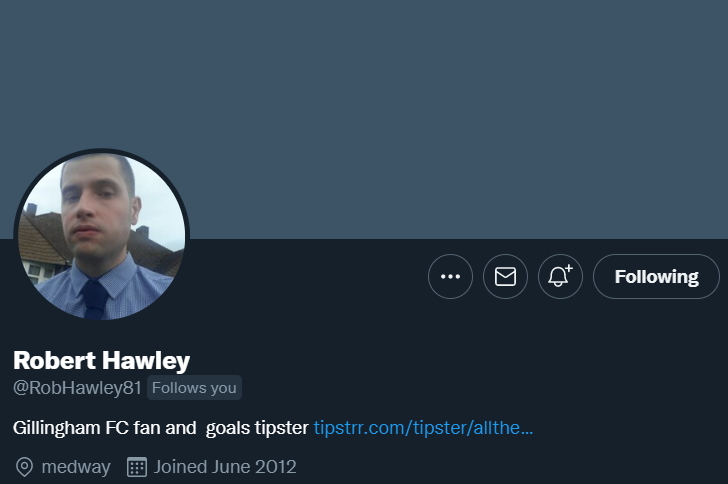 Those readers who follow my reviews from the beginning know that Robert Hawley was one of the original ten musketeers I followed. After a few solid months, in the middle of the 2021 season, variance hit him hard, and he made a short break. I decided to move him to the Test Sheet, where are all Tipsters/Services I like but don’t review.

I did it because I didn’t want to put more pressure on Rob, as I felt he needed a little time to regroup. He is an amiable guy, and he shares his predictions on Twitter and Tipstrr page completely free. Now, in 2022, Rob found his form again, and he is having decent results. No doubt that he is one of the guys you should follow more closely.

Robert Hawley is a totals footy tipster who uses his Twitter account to publish his bets. If you have never heard of him, you should start following him asap. Usually, he tweets his bets the day before the game and all at once, which makes him very easy to follow.

Our suggestion is to set up notifications on Twitter to receive his posts or subscribe to his Tipstrr account, which is also completely free. You can receive his selections through this service on your email, which is very convenient.

Rob Hawley uses a flat unit system, so we suggest using the same system if you follow his predictions. This way, you avoid big swings in your betting bank.

We’ve already mentioned that Robert Hawley is a tipster who focuses exclusively on the total goals market and the vast majority of his bets are on Over Goals. It has a separate channel on the Tipstrr platform that deals with Under types, but that channel is much less active.

Although he does not have a favorite league for his bets, it is clear that he focuses mainly on popular European leagues, although very often, on his account, you can find betting tips from less popular football leagues, such as Hungary NB1 or the UK Lower Leagues.

As we mentioned during this review, all the bets that Rob Hawley posts on social media are completely free. So anyone can enjoy quality totals bets at no charge.

Tracking Robert Hawley and his bets is very simple. Of course, our recommendation is to place notifications on ON to see in time what he played, but what we especially like is the fact that he places his bets the day before.

What is interesting about this tipster is that he almost never posts the recommended betting site in his tweets. However, this does not mean that he avoids it since on his Tipstrr account, we can see that his favorite bookmakers are Bet365, Betfair, and Pinnacle, which is very commendable.

However, if you do not have an account at one of these bookmakers, you can still follow Robert’s tips at any other bookmaker, as his bets can indeed be found everywhere.

Robert is completely transparent in managing his Twitter page. He is constantly showing the results of his bets, and he doesn’t hide his losses. He has a profile in Tipstrr (see his Twitter bio) where everyone can see his long-term stats.

Summary – Yes or No?

If you are looking for a free tipster that is easy to follow, Robert Hawley is the right choice for you. Professional, profitable, and friendly.

Robert had a second consecutive breakeven month. It was an up and down month that ended almost as it started. He posted 54 bets in January and recorded +0.23 units of profit with an ROI of +0.43%.

Robert Hawley is a nice guy that presents excellent results on his Twitter account, all for free.

In February, Robert Hawley had a few problems with his form and the whole month ended with a loss of -5.26 units and -6.49% ROI. Considering that we have been following Robert for more than two years, we can confirm that he sometimes has such negative months, but that it is not strange for him.

Unfortunately, Rob Hawley is in bad shape again and for the second month in a row is failing to make a profit. Honestly, this is nothing new, since Rob is a classic streak tipster and it often happens that he has big series of positive results, but after that, he makes longer series of weaker results. In March he finished with -11.66 units and -43.19% ROI, which is not good, but we hope that in April the results will be better.

April was unfortunately another negative month for Robert, as he made a small minus of -1.79 units with -2.80 ROI. Although the performance this year is not impressive, the overall record for Robert is still positive, so we still recommend that you follow him, but be careful with the stakes.

After the beginning of the year, which was really infamous, Robert managed to make an excellent positive month that will certainly increase his chances of ending the year with a positive result. In May, it did +14.88 units and +15.50% ROI. This result is excellent because many 5/5 services do not manage to make this result every month. However, as its form is unstable, we leave the same bedge.

After an excellent June, the next month was again negative for this tipster. In June, it made -2.90 units with -3.87% ROI. Although we agree that this kind of minus is not too bad, the whole season is still quite bad, and we leave the same badge.

Although it wasn’t realistic, since it’s summer and there aren’t many quality matches, Rob made another great month in July. At the end of the month, the result was +12.80 units with +5.79% ROI. The number of units is impressive, but the ROI is not so much since we aim for recommended tipsters to have an ROI of 8-10%. Although I really like this tipster, I still don’t have enough confidence to recommend him to others to follow him with real money.

As he has accustomed us this season, after a fantastic month in July, Robert made a minus of -9.50 units with -10.44% ROI in August. Quite an unstable form this season, but as I have already written several times, Rob shares his predictions for free and really has excellent knowledge for total markets.

In September, Robert had the almost identical result as in August, but with fewer picks. This month he recorded a minus of -9.30 units and -12.08% ROI. The thing I like about him is that he has his system, and he doesn’t panic.

Yes, it isn’t the perfect season for this tipster, but in October, he managed to finish profitable. This month he made a profit of +4.50 units with +5.06% ROI. Overall results are still in red, but with the strong last two months, he can turn it around. 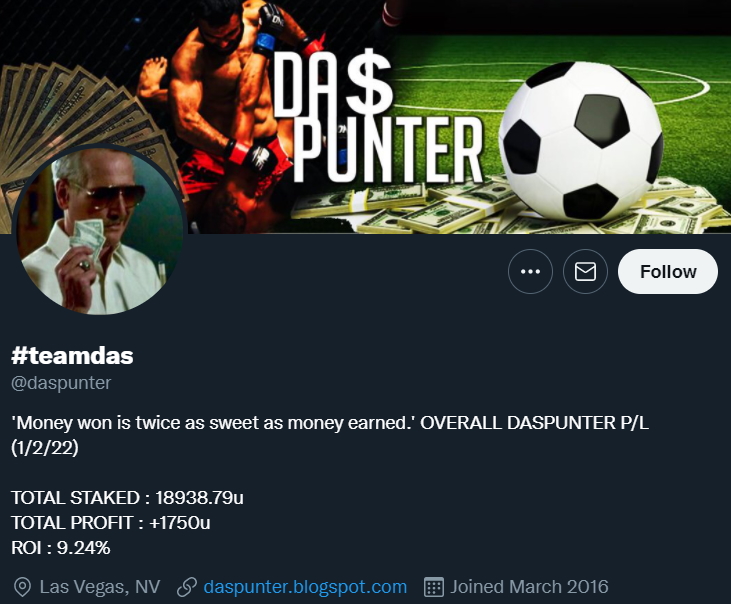 Introduction As you may know, we have several pages among our reviews that we dedicate…