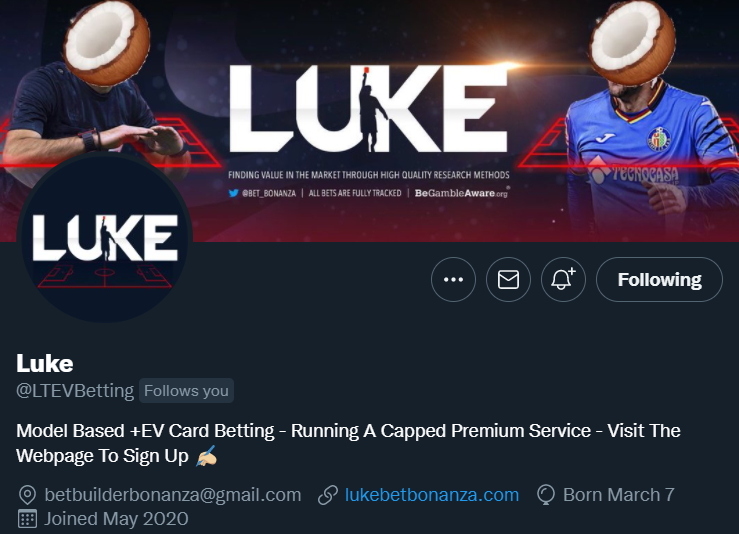 If you have followed our reviews on the MilosNS account, you certainly remember that Luke is one of the accounts we started tracking in the second half of 2021, which impressed our reviewers quickly.

Quite simply, the results were great even though the number of predictions is relatively high, but it is quite a subjective thing.

Luke is a specialist in betting on the number of yellow and red cards that will be shown at one football match. Therefore, if you opt for its service, you cannot expect anything other than these types of bets.

Happy to record a profitable month for June ☺️

Volume has been incredibly low which was expected, but I’m happy with the return 💪🏼 pic.twitter.com/KAmNU1Ms3C

Without a doubt, during all this time we have been following Tipster Luke, we have not noticed a single trace of his dishonest behavior. Every bet has been filed regularly, and it has never happened that a Tweet with a bet has been deleted.

Summary – Yes or No?

Although we have been following this order for only a few months, after two months it became clear that it is a very quality tipster. The results so far have been excellent, and as far as we can see, Luke continued to make a profit in 2022. If you want to have an advantage over top betting sites, you should start following this tipster.

The first month of the new year brought profit to the followers of Tipster Luka. In January it had +7.94 units with a solid + 5.05% ROI. In general, we are used to such results from him, since he is a really good tipster.

Although January was a great month, February was even better as Luke made a profit of +26.20 units with + 15.35% ROI. What contributed to such a good result is certainly the solid average odds, as well as the fact that he hit over 55% of his bets.

For the third month in a row, Luke is making a profit and we can freely say that we are more than impressed. In March Luke made a profit of +16.60 units with + 11.65% ROI which is more than impressive. We look forward to the next profitable months from this quality tipster.

After three months in which he made a profit, Luke had his first negative month in April this year. Namely, in the fourth month of this year, it achieved -5.70 units with -2.51% ROI, which is not worrying, since variance is a regular occurrence with tipsters. We hope that the results will be better in May, because Luke is a really good tipster.

Although it had its second negative month in continuity in May Luke, with -15.20 units and -8.65% ROI, the overall record in 2022 is still positive. We believe that such things are normal and that there is variance in every tipster. Luke has proven to be a quality tipster, who can make a profit in the long run.

June was quite a solid month for Luke, since he managed to make a profit of +7.10 units, with +9.02% ROI, which is more than satisfactory. He didn’t have too many picks, but that can be understood considering that the offer was much weaker this month, due to the breaks in the national championships.

I don’t have an ideal solution for the summer months. If a tipster doesn’t play anything, it can happen that he falls out of shape, but on the other hand, if he pushes when there are few games, he can happen to have a negative month. This happened to Luke in August, when realistically there were not enough matches to make a proper selection, so he also had a negative month with -10.52 units and -10.04% ROI.

In August, Luke had an excellent result as he made +18.30 units with +9.10% ROI. The overall result this season is in the green, with a slightly weaker ROI, but we hope that he will improve his result till the end of the year.

In September, Luke had the second profitable month in a row. This season was full of ups and downs for this honest and quality tipster, and it is nice to see that he managed to maintain excellent form. This month finished with +46.80 units and +25.75% ROI. We feel he might finish strong this season.

As the season draws to a close, Luke increases his working temperature, and his form is on the rise. In October, he made a profit again, this time of +28.00 units with +8.48% ROI, which is more than good and above the overall average. 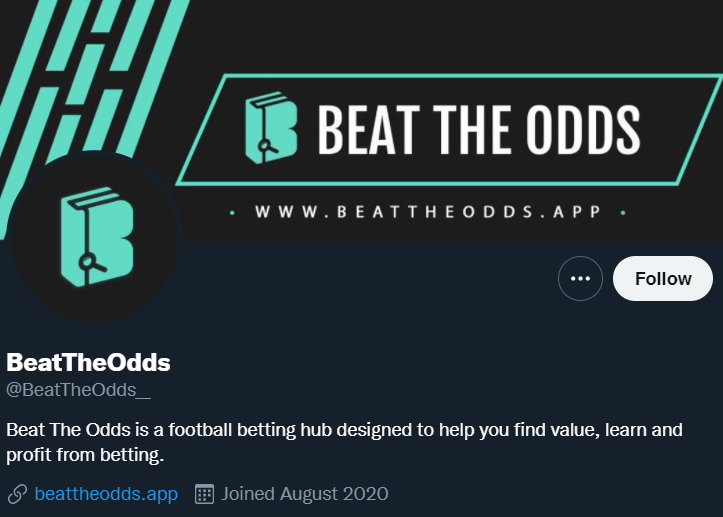 Introduction This is a service that does not need to be presented, as it is…