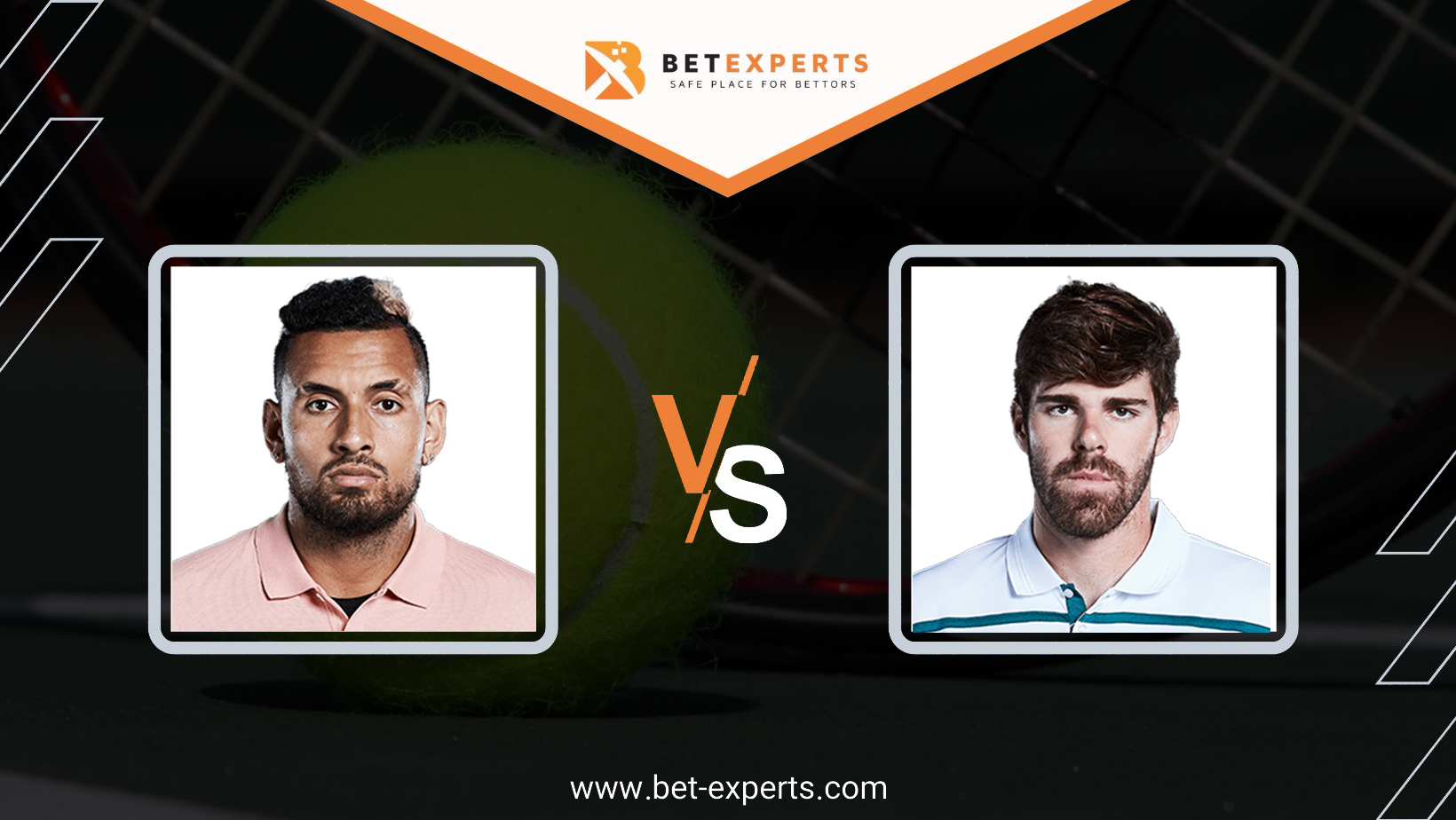 Tonight we have one exciting bet from ATP Houston Tournament, where Nick Kyrgios will play against Reilly Opelka.

Kyrgios is probably the biggest entertainer on the whole tour. Some people love tennis because of him. Nick doesn’t like clay surface but this week he shows that he is taking this tournament seriously. In first-round, he passed in 3 sets battle home player – McDonald and then another well performing American in straight sets – Tommy Paul. In the quarter-final, Nick had to face another home player – Mmoh, but his opponent has withdrawn from the tournament, so Nick secured his spot in the semi-final by playing just 2 matches.

Nick Kyrgios comes back to beat Mackenzie McDonald 4-6, 6-3, 6-4 and win his first clay match in three years. Into the 2nd round in Houston. pic.twitter.com/LhZu6LV6e0

Opelka is the tallest player on the tour with huge service is playing this week in his country. Reilly has secured his spot in the semi-final playing also 2 matches like Nick because he started the tournament from the second round. In the first match he won with problems against the average Krueger and then he passed Brouwer who is a Challenger Tour player. American is not in his best form recently and clay is not his “cup of tea”.

Both players are not going next week to play in Monte Carlo so they can give their best tonight. We are more than sure that Kyrgios wants to triumph in Houston because he hasn’t won any title since 2019. Houston courts are a bit faster than usual clay so it will be in favor of both players. Definitely, Nick has much more talent and plays to offer than Opelka who is rather based on “strength tennis”. The last time when they met was 7 months ago in Toronto, Opelka won after 3 sets battle and we’ve seen 38 aces in the match! Today we won’t see this type of match and Nick should lead in the rallies. We are expecting Kyrgios’s win here, it might be a tough 3 set battle but everything depends from Opelka’s service form.

To sum up everything we will take advantage of money line here and bet Kyrgios win priced at 1.61.