A new round of NFL is being played in the coming days, and our experts have, as always, prepared some exciting bets just for you. If you like to bet on NFL games, our predictions will interest you without any doubt. Today, Tennessee Titans will host Miami Dolphins in one exciting duel.

When Derrick Henry suffered a foot fracture exactly two months ago, it was assumed that the Tennessee Titans season would be irreversible. The whole offense of this team was made on the basis of Henry’s ability to run and his replacement for this style of football is absolutely impossible to find in the middle of season. When he’s absent, Ryan Tannehill’s weaker throwing abilities come to the fore. In seven games without Henry, the Titans are at 4-3, but lost sensationally to the Houston Texans in Nashville.

They were also defeated by the New England Patriots and the Pittsburgh Steelers which shows weaknesses. At the time of Henry’s injury, they were at 6-2 with several impressive victories like those against the Kansas City Chiefs and the Buffalo Bills. The defense of the Titans is at this moment a much stronger side of the team and success depends on it.

The Miami Dolphins are on their way to making the biggest comeback in NFL history. After eight weeks they were at 1-7 and there is no person who did not think that the season is over. However, head coach Brian Flores and his team thought differently. The Dolphins did not give up, they started to play better and better, and the victories came from week to week. Two months later, the Dolphins are at 8-7 and in a series of seven consecutive wins. If they managed to win in the last two weeks and thus secure a place in the playoffs, that would be one of the greatest miracles, and perhaps the greatest, that American football has ever seen.

Tua Tagovailoa was impressive in that period and showed that he will represent the face of this franchise in the next decade. The Dolphins’ defense left the opponents at 10 or fewer points in as many as five of those seven matches, which shows at what level they played.

After 15 games have been played, the Tennessee Titans are at 10-5, while the Miami Dolphins are at 8-7. The Titans only need one more win to secure first place in the division, but with two wins in the last two rounds, they have a solid chance of winning first place in the conference and thus gaining home-field advantage throughout the playoffs. The Dolphins need two wins from the last two weeks to advance to the playoffs. These teams played three seasons ago for the last time and then the Dolphins won in Miami 27:20.

Due to the coronavirus, the Tennessee Titans will not have Kendall Lamm, Jayon Brown, Caleb Fairley, and Julio Jones at their disposal. Larrell Murchison will not play either due to a knee injury.

The Dolphins are in incredible form and certainly believe they can beat any team in the NFL at the moment. The Titans have been playing much weaker and more predictably since Henry was injured and the Dolphins defense will know how to take advantage of that. We will probably watch a game with a very small number of points where a field goal handicap can make a difference. That’s why it’s wise to bet on Dolphins today. 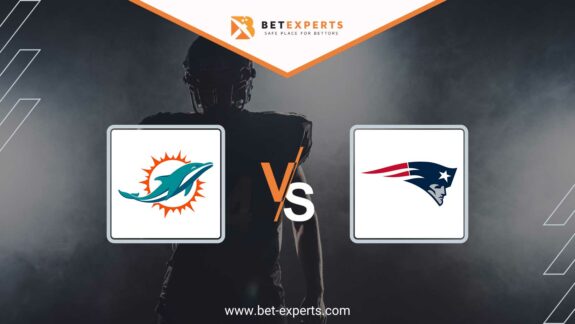 Sunday is reserved for NFL fans, and today we have another regular round. Today the…