A new round of NFL is being played in the coming days, and our experts have, as always, prepared some very interesting bets just for you. If you like to bet on NFL games, our predictions will interest you without any doubt. Today, Buffalo Bills will host Carolina Panthers in one exciting duel.

The Pittsburgh Steelers need a miracle to play in the playoffs this season. In the last four rounds, they have to win at least three times and a failure against the Tennessee Titans would almost certainly mean the end of their hopes. A couple of weeks ago, the most knowledgeable NFL insiders announced that Ben Roethlisberger is playing his final year and that he will retire at the end of the season. He has been the leader of this team for almost two decades and he would certainly like to say goodbye to NFL in another postseason appearance.

Mike Tomlin became head coach of the Pittsburgh Steelers in 2007 and has never had a season in which he has had more defeats than wins. In the last few years, the Steelers had an excellent defense and that is where their greatest strength lies. The defense will have to show itself today in order to achieve the seventh victory this year.

From the moment Mike Vrabel became the head coach of the Tennessee Titans, this team has become a serious contender in the AFC. Two years ago, they played in the conference finals, and last season they had as many as 11 wins in the regular season. Yet their greatest strength in these successes was running back Derrick Henry. In a duel against the Indianapolis Colts on October 31, Henry suffered a foot fracture and will not play until the end of the regular season.

Since then, the offense and the results of the Titans have dropped dramatically. They lost to the worst team in the league (Houston Texans) and were then defeated by the New England Patriots. The defense of the Titans has the potential to play with exceptional quality, but without Henry, the offense is not good and is not able to score more than 20 points per match.

The #Titans run the ball at the third-highest rate in the @NFL – @NextGenStats show that will be key when facing the Steelers in Week 15. #TENvsPIT pic.twitter.com/rUq2J4Zhrq

T.J. Watt is returning to the Pittsburgh Steelers after an injury and that is the most important news for the home team. Joe Haden also participated in the training and will be game time decision for the game. Buddy Johnson will not be in the squad, and Isaiah Buggs is questionable.

The Tennessee Titans have a pretty easy schedule in the last three weeks and it will be a miracle if they don’t win AFC South which is their main goal. From that aspect, lose in this game would not be too fatal. On the other hand, for the Steelers, this is a kind of season finale. With a win, their playoffs hopes will still be alive, while a defeat would mean the end of all hopes. Playing in Pittsburgh is never easy for the visiting team and a crazy atmosphere is to be expected. 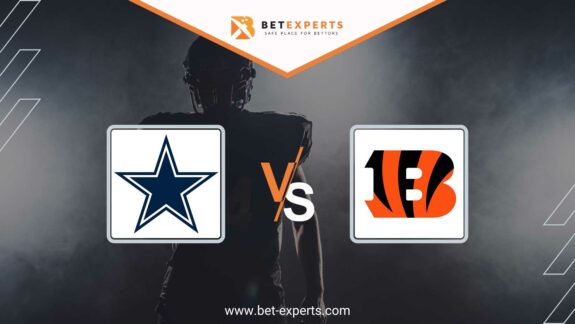 Dallas Cowboys are without a doubt the biggest losers of week 1. Now, one of…