After Jon Gruden resigned due to racist, sexist and other discriminatory emails that leaked, the Las Vegas Raiders went to Denver and defeated the Broncos very easily to the general surprise of everyone watching NFL. Compared to some previous seasons when the defense was a big problem, now it looks pretty solid under the command of Gus Bradley and the Raiders look like a team that could fight for a place in the playoffs. For something like this to happen, they have to beat opponents like the Philadelphia Eagles on a regular basis, and it remains to be seen if they can do that today.

Philadelphia Eagles are a franchise that has undergone perhaps the biggest changes of all teams in the entire NFL. The head coach (Doug Pederson) who won the SuperBowl four years ago is no longer here and has been replaced by young Nick Sirianni to whom this is his first job as a head coach in his career. The quarterback in which they had invested a lot in previous years is also no longer there. Carson Wentz went in the direction of the Indianapolis Colts, while the trust was gained by young Jalen Hurts who satisfied the owner and general manager at the finish line last season. The Eagles are going through classic rebuilding, however in the past it used to happen that head coaches get fired even if they don’t deliver a satisfactory result, so Sirianni will certainly not survive some 4-13 season. That is why every match is extremely important for this young team.

The Raiders could have problems in a tight end position this week as Darren Waller missed several training sessions due to injury and his replacement Nick Bowers will certainly not play due to a neck problem.

The most important thing for the Eagles this week is the return of Lane Johnson which means that offensive line will be much firmer than it has been in the past few weeks. Anthony Harris is questionable.

Both teams have played six games so far in the new season. The Raiders are at 4-2, while the Eagles are at 2-4. The Raiders started off great, however were followed by defeats by the Los Angeles Chargers and Chicago Bears, but after the departure of Jon Gruden they beat the Denver Broncos. The Philadelphia Eagles made a surprise with a triumph over the Atlanta Falcons in the first week, but then there were three consecutive defeats. The last time the Raiders and Eagles played each other was four years ago when the Eagles won in Philadelphia.

Everyone expected that Raiders would be in shock last week when they lost their head coach, but they went to Denver and won. It’s hard to believe this will happen again for two weeks in a row, especially if it is known that the Eagles are on the rise in form and that they came away with a win in Carolina against the Panthers two weeks ago. Even if they lose, it will be difficult with more than one field goal difference. 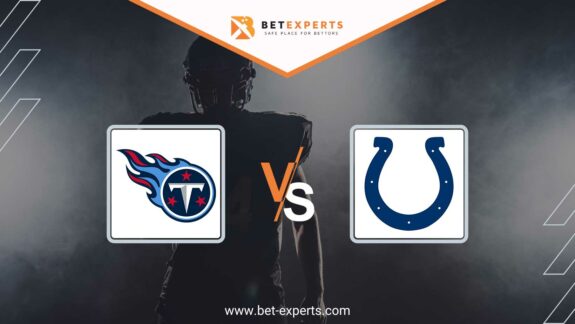 For the second time this season, division rivals the Tennessee Titans and Indianapolis Colts will…