NFL Playoffs are the most exciting event for all US sports fans in January and February. Today we will write predictions about both games, and the first game is the one between LA Rams and San Francisco 49ers.

We found the best odds for this game at the famous UK betting site Unibet. You will get an attractive Unibet Welcome offer if you register a new account. More information about Unibet sign up offer you can find here.

Since the arrival of Sean McVay on the Los Angeles Rams bench, this team has constantly been competing for a place in the Super Bowl. They had done it only once in the past five years when they lost to the New England Patriots. The Rams mostly had all the quality parts of the team except one, and that was a weak quarterback. Jared Goff just wasn’t good enough to lead this team to the championship title, and last winter, he was traded to the Detroit Lions for Matthew Stafford. How big an upgrade it was for the Rams; we saw it best in this playoffs.

Along with Stafford, Cooper Kupp has become arguably the best wide receiver in the league. They now have Odell Beckham Jr. In defense; the Rams have the league’s best defender Aaron Donald, Jalen Ramsey, and Von Miller. There is simply no flaw in this team. Great head coach, a great quarterback, has a great run game, great wide receivers, and great defense. Because of all this, they are only one win away from playing in the Super Bowl.

Our story isn’t written yet. pic.twitter.com/lpRXM58QjG

San Francisco 49ers had an extremely turbulent year. This is KShanahan’san’s fifth season on the bench for this team, and a certain fan base has called for his removal in the opening part of the year. In the first four years, Shanahan took the team to the playoffs only once, in 2019 when they lost in the Super Bowl against the Kansas City Chiefs. However, in other seasons they were destroyed mainly by numerous injuries. The 49ers were at 3-5 at the beginning of November, and it seemed that they would be left without another place in the playoffs, but then they beat the Los Angeles Rams and the Minnesota Vikings and thus returned to the race.

In the end, they needed an away victory against the Rams, and they achieved it after losing 17:0 at the start of the match. Jimmy Garoppolo was constantly criticized. However, he led his team to the conference finals, and Deebo Samuel played some matches impressively. George Kittle is here as one of the top two tight ends in the league, and if the defense does a good job again, the 49ers want another win against the Rams.

Joseph Noteboom is doubtful and probably won’t play, and Van Jefferson and Taylor Rapp are questionable for the Rams.

Tavon Wilson will certainly not play for the 49ers, and Trent Williams and Jeff Wilson are questionable.

The rams finished the regular season at 12-5, and the 49ers were at 10-7. In the playoffs, the Rams beat the Arizona Cardinals first and then the Tampa Bay Buccaneers away from home. The 49ers won in Dallas in the wild card round, and seven days later they surprised the Packers in Green Bay. The 49ers have a total of six consecutive wins against the Rams in the last three years and are clearly like to play against them as an opponent.

Objectively speaking, the Rams have a better team than the 49ers. Still, they have lost both times to them this season and as many as six times in a row. Simpit’sit’s time for that to change and for luck to turn to the Los Angeles side. The 49ers will have a lot of trouble defending too many possessions in this game, while the Rams can certainly slow down the offense led by Garoppolo. 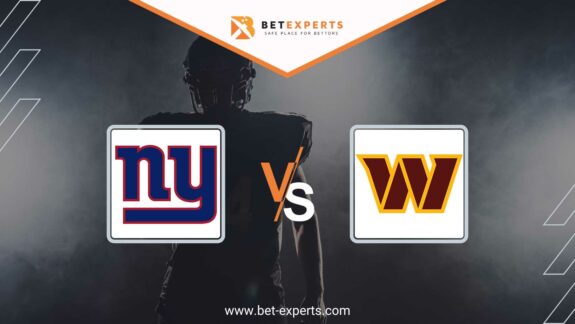 In a big clash between two teams from the NFC East, the New York Giants…