Today we have three interesting NFL picks, and the first is between Cincinnati Bengals and LA Chargers.

We found the best odds for this game at the popular 20bet sportsbook. You will get an attractive Welcome Bonus for all newly registered customers if you register today. If you wonder how to claim this 20bet Welcome Bonus, read our article on that subject here.

One of the most important matches this week will be played in Ohio. The Cincinnati Bengals are very close to qualifying for the playoffs first time after six years and the impression is that they are missing three more wins for something like that. Since the schedule until the end is not easy, a win against the Los Angeles Chargers would make things much easier.

Joe Burrow is playing very maturely this year and he is leading the team well, even in spite of the interceptions that happen often. Ja’Marr Chase had a couple of impressive games in the first half of the season and is currently the most reliable option for Burrow in the offense. In previous years, the Bengals had the most problems in defense, which used to be the worst in the entire NFL, but this year it was brought to a decent level, with progress in the offense. This led to them being in the desired position for a month before the playoffs.

“Bengals fans are in a really good place right now… They’ve got the makings of something special here.” – Ian Eagle@OHLottery | #RuleTheJungle pic.twitter.com/VvNFoG0hHh

The Los Angeles Chargers have done a complete rebuild in the last few years. Veteran quarterback Philip Rivers first left the team after 15 years, and then head coach Anthony Lynn was fired. The Chargers handed the offense over to young quarterback Justin Herbert who fully lived up to expectations, and the head coach became promising defensive mind, Brandon Staley.

The Chargers this year at times look like a team capable of fighting for the best spots in the AFC, and then at times, they look like one of the weakest teams in the conference. Constancy in the game is something that is missing, however, when it is their day, they can overcome anyone. They have been in a certain crisis of results in the last few weeks, but a possible victory in Cincinnati would change everything and bring them close to the playoffs.

After 11 games played, the Cincinnati Bengals are at 7-4, while the Los Angeles Chargers are at 6-5. Looking at the schedule until the end of the season, the Chargers have slightly easier opponents, and it could easily happen that the Bengals and Chargers have the same number of wins in the end. That is why it is extremely important who will win this game in the fight for a place in the wild card round. These teams played each other in the first round last season when the Chargers celebrated a 16:13 victory in Cincinnati.

The biggest problem for the Cincinnati Bengals will be the absence of several important players in the offensive line which will bring Burrow into trouble. This primarily refers to Trey Hopkins and Riley Reiff. Chris Evans, Khalid Khareem, and Auden Tate also will not be on the team due to injuries.

The Chargers will come to Cincinnati in an almost complete lineup. The only important absence will be that of Asante Samuel due to a concussion.

Looking exclusively at the quality of the roster on paper, it is probably equal. Still, Justin Herbert in the quarterback position offers more opportunities than Joe Burrow, Austin Ekeler in the running back position can also serve as a wide receiver for the difference, and Brandon Staley is a better coach than Zac Taylor. In all key positions, it can be said that the Chargers are a little better. Plus, looking at the importance of this game, it is clear why it is wise to take guests in +4 handicap.

Today we have three interesting NFL picks, and the first is between Kansas City Chiefs… 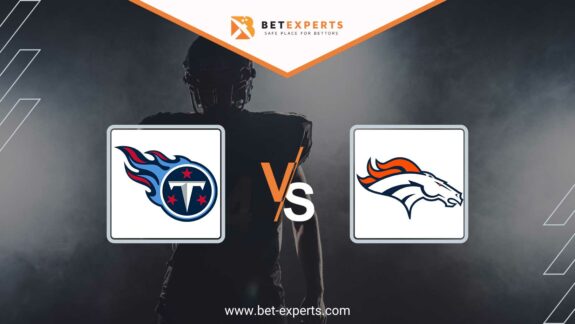 In a very important game for both teams, the Tennessee Titans will play against the…