Sunday is reserved for NFL fans, and today we have another regular round. Today the Ravens host the Cleveland Browns in a key AFC North battle.

Although they have achieved seven wins from ten games played so far, the Baltimore Ravens do not look convincing in the regular season. That may not be a bad thing for head coach John Harbaugh. The Ravens have looked like one of the two most serious AFC teams in the regular season, only to experience unexpected and heavy defeats in the playoffs for the past three years.

Lamar Jackson does not have a spectacular season, although he plays at a solid level. Apart from the heavy defeat by the Cincinnati Bengals, the defense of the Ravens generally fulfilled the tasks very well, and its good release is a precondition for all the good in the game of the Ravens. In the offensive part of the game, Mark Andrews is mostly Jackson’s first option when the quarterback decides to throw the ball and looking at the numbers, Andrews is playing one of the historical seasons.

After 18 years of drought, the Cleveland Browns finally made it to the playoffs last season. That was supposed to be the starting point from which they should attack the placement in the Super Bowl this season. However, this is not happening at the moment. Moreover, it is very questionable whether we will watch the Browns in the playoffs this January.

Quarterback Baker Mayfield has a lot of problems, while Odell Beckham is no longer a member of this franchise. The Browns offense more often looks weak than good, and the defense has had some disastrous days. The New England Patriots scored 45 points against the Cleveland Browns a couple of weeks ago, the Los Angeles Chargers counted as many as 47, and the Arizona Cardinals scored 37. Much is wrong with Kevin Stefansky’s system so far, but a possible win against a divisional rival would change everything.

Baltimore Ravens have many injury problems, but the most important news is that Lamar Jackson will play. Wide receiver Miles Boykin will certainly not be performing, just like Cedric Ogbuehi. Marquise Brown is questionable about this clash, as were Anthony Averett and Calaise Campbell.

Baker Mayfield participated in training on Wednesday and Thursday and is expected to play on Sunday. Anthony Schwartz will not play, and the status of Donovan Peoples-Jones is questionable.

Baltimore Ravens currently have a  7-3 record and are in first place in the AFC North. The Cleveland Browns have played one game more and have a 6-5 score. The Ravens have lost at home ony against Cincinnati Bengals this season, but they have also struggled a lot in some other matches. Of the last five matches between Ravens and Browns, the Ravens have won four.

How good the Ravens are was shown last week when they beat the Chicago Bears without their best player Lamar Jackson. Now that he is back, they expect to record another triumph, especially against an opponent who can hardly defend such a quality Ravens offense. On the other hand, the Browns have a lot of problems in the offensive part of the game, and it will be a real surprise if they jeopardize the excellent defense of the Ravens. 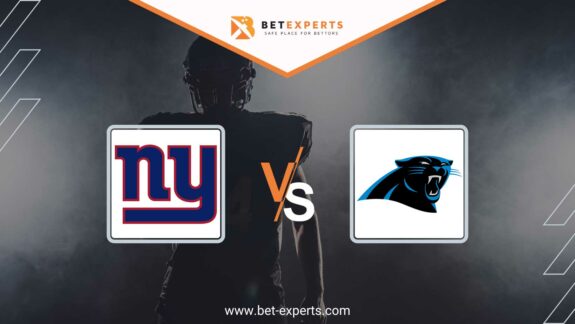 Already in week 2, New York Giants and Carolina Panthers will play a game that…