The AT&T Center will host a duel between the San Antonio Spurs and Phoenix Suns tonight from 02:30.

The San Antonio Spurs are the team from the lower part of the Western Conference table, and before this match, they occupy the thirteenth position on the table. So far, they have achieved four victories and eleven defeats, with 1607 scored and 1645 received points, which gives us the data that they play matches at 216.8 points on average. The Spurs are on average eighteenth on the list of the most efficient teams in league with 107.1 points, while they are on the twenty-third place on the list of the best defensive teams with 109.7 points received per match. They are in pretty bad shape, which is best shown by the fact that they have suffered four consecutive defeats in the last five games played. After a very efficient match against the Sacramento Kings and a 136: 117 victory, they lost to the Dallas Mavericks at home with 123: 109. That match was followed by a series of away games, and the Lakers were better with 114: 106. Then the Los Angeles Clippers celebrated with 106: 92, and three days ago, the Spurs were defeated by the Minnesota Timberwolves with a score of 115: 90.
Playmaker Dejounte Murray is the team’s top scorer with 18 points per game, but he has been spending more than 35 minutes on the floor lately, which has left a consequence on his performance. In the last match against Minnesota, he scored only seven points on the floor in 32 minutes, so his performance in this match will be of crucial importance for the Spurs team.

The Phoenix Suns are in second place in the Western Conference table, with thirteen wins and three losses. In terms of efficiency, they have scored 1786 and received 1670 points in sixteen matches so far, which means they play matches this season at 216 points on average. The Suns have the fourth-best attack in the league with 111.6 points scored per game on average, while with 104.4 points received per game, they are in ninth place on the list of the league’s best defensive teams. They are in great shape, and in the last five matches, they have recorded all five victories. On the road, the Houston Rockets were better with the result of 115: 89, and the next night they were better than Minnesota with 99:96. This was followed by a series of home games, and in the first game, they beat the Dallas Mavericks 105: 98. Dallas was the opponent again in the next match, and Phoenix celebrated again, but this time with 112: 104. In the last game played last night, they defeated the Denver Nuggets with 126: 97. Several times this season, we have seen that Phoenix does not consistently play several consecutive matches with more than 120 points scored. Devin Booker is the primary option in attack this season and leads the team with 22.4 points per game on average but takes about 20 shots from the game in each match. He entered a series of two games in which he scored less than 20 points, and since they play against the Spurs 24 hours apart from the match with the Denver Nuggets, it is to be expected that he will play again in a slightly slower rhythm.

In six of the last nine matches these two teams have played at the AT&T Center, the Phoenix Suns have scored less than 113.5 points, as many as the bookmakers offer for this match.

San Antonio is in bad shape, and they have suffered defeats in as many as four consecutive matches, so they will look for a victory in this match to break this negative series. On the other hand, Phoenix is in great shape and has managed to win the previous twelve matches in the league. The Suns made the most of the fact that Nikola Jokić did not play in last night’s match for Denver, and they managed to celebrate convincingly with 126: 97. Phoenix has had 24-hour matches twice so far, and both times after an efficient first match, they played significantly weaker in the second in terms of scoring performance. The Spurs players have the imperative to win, so we expect them to play this match much more aggressively, and with a good defense, especially over Booker, they will try to come up with a possible surprise.

We are going on total here and playing Phoenix Suns Under 113 Points, priced 1.86, all at 20bet betting site. 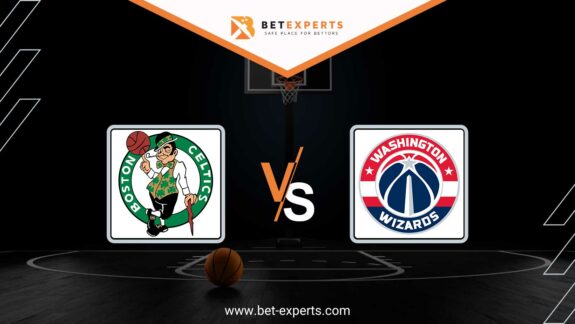 The best team in the league welcomes visitors from the capital to its TD Garden.…