The second round in the NBA league brings us a lot of games the next night, and from the entire offer, we singled out the match between the Hoston Rockets and the Oklahoma City Thunder to be our free pick of the day. The best odds on this game we found at 20bet sportsbook, which also offers a lucrative welcome bonus to its customers!

Houston has a season to forget, considering that they finished the competition in the Western Conference at number 15, with almost 17 victories and as many as 55 defeats. The poor performance was accompanied by a modest basket difference so that the Rockets averaged 108.8 points and 116.7 points per game last season.

During the summer break, they made specific changes in the team so that three players left the group, while this season, we will see five newcomers in the ranks of the Rockets. Kelly Olynyk, Avery Bradley, and Sterling Brown left the club, all three as free agents. Houston selected as many as four basketball players in the draft, and the team was strengthened by Jalen Green (2nd pick), Alperen Sengun (16th pick), Usman Garuba (23rd pick), Josh Christopher (24th pick), and Daniel joined them.

The preparation period was not very successful, considering that they recorded three defeats in four matches. After an initial 125:119 victory over the Washington Wizards, they lost the Miami Heat 113:106, the Toronto Raptors 107:92, and the San Antonio Spurs 126:98, respectively. The bad form continued in the premier match of this season’s edition of the league, so two days ago, they suffered a convincing defeat away from the Minnesota Timberwolves with the result of 124:106. Houston has visible problems in the attack, which they are not able to compensate in the defense for now. It seems at first glance that they have a very modest roster, and it is to be expected that they will repeat last season’s result.

Oklahoma can’t boast too much of its performance last season either, considering that they finished the season in 14th place in the Western Conference with only 22 victories from 72 matches played. They also had problems in attack, which is best shown by the average of 105 points scored per match, while the defense was at 115.6 points received on average.

Just like Houston, Oklahoma did not become famous in the preparation period. Only one triumph and three defeats have indicated what can be expected from them this season. The Charlotte Hornets were better with 113:97, the Milwaukee Bucks with 130:110, while they played two games with the Denver Nuggets and achieved half success. In the first duel, they celebrated with 108:99, while a day later, they were defeated after overtime 113:107. Their weak form was used by the Utah Jazz basketball players in the first round of this season, and they were better at home with 107:86. Only Shai Gilgeous-Alexander left a solid impression with 18 points scored, while the rest of the team completely failed. We don’t expect too much from them this season either, and if they don’t improve their performance in attack, they will definitely be the main candidates for the last position on the Conference table.

In the last six mutual matches, both teams managed to achieve three victories. Less than 210 points were scored in four of the six matches, which is far below tonight’s margin.

Neither team has left a positive impression so far, which is best shown by the unconvincing games from the first round. Both teams have modest offensive potential, and that will be their biggest problem this season. The bookmakers have set a margin of 223.5 points for tonight’s match, and we see great value here, considering that both Houston and Oklahoma are struggling to score points. We are also supported by the tradition, which shows that the mutual duels of these two teams mostly ended with a small number of points. Taking all the above into account, we bet that this match in the regular part will end with less than 223.5 points scored. We are going on total here, and playing Under 223.5 Points, priced 1.90, all at 20bet betting site. 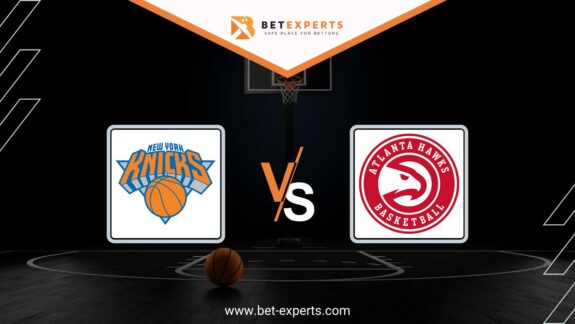 There are only three NBA games on offer tonight, and we decided to analyze the…