On the night between Friday and Saturday from 3 p.m., Golden State Warriors basketball players will host the New Orleans Pelicans at Chase Center Hall in San Francisco. We singled out this game to be our free pick of the day. We found the best odds on this game at 20bet sportsbook, which offers a lucrative welcome bonus to its customers!

The Golden State Warriors are the second-placed team in the Western Conference, and after seven games played, they have a score of six wins and one defeat. So far, they have managed to score 779 and receive 710 points, which means that they are playing matches at 212.7 points on average this season. At the start of the season, they scored four wins and were better than the Los Angeles Lakers with 121:114, the Los Angeles Clippers with 115:113, the Sacramento Kings with 119:107, and the Oklahoma City Thunder. 106:98. A tough match with Memphis followed, which brought the home basketball players their first season defeat, with 104:101 after overtime. In the last two games, they reached two new victories quite easily, against Oklahoma with 103:82 and Charlotte Hornets with 114:92. The Warriors started very efficiently at the beginning of the season, but they played the last four matches at a slightly slower pace and with a much better defense. Given the relatively modest offensive capabilities of the Pelicans, it is to be expected that they will again lower the opponent to less than 100 points with a quality defense.

The New Orleans Pelicans are currently the worst team in the Western Conference and occupy the last fifteenth place. So far, they have recorded only one victory from nine matches played, with 929 scored and 1001 points received. The Pelicans play their matches at 214.4 points per game, which is slightly less than this season’s league average. The only victory so far was in the fourth round away to the Minnesota Timberwolves, with the result 107:98. They suffered defeats from Philadelphia 76ers with 117:97, Chicago Bulls with 128:112, Minnesota Timberwolves with 96:89, Atlanta Hawks with 102:99, Sacramento Kings with 113:109, New York Knicks with 123:117, Phoenix Suns with 112:100 and in the last match again from Sacramento Kings with 112:99. In six of the nine matches played so far, they have scored 100 or fewer points, and with such an offensive score, it is very difficult to expect any significant result. They are in an evident decline in form, and based on everything shown in the last few matches, the aggressive defense of the home team should again limit them to less than 100 points.

New Orleans Pelicans – Hommes and Williamson, while the performances of Ingram and Jones are uncertain.

Bookmakers offer a margin of 220 points for this match, and these teams have remained below the mentioned margin in four of the last six mutual duels.

The Golden State Warriors have shown enviable form so far, and based on everything shown; there are good chances that we will see them at the very end of the NBA league this season. At the beginning of the season, they did not pay too much attention to the defense, so after two matches in which they received 114 and 113 points, they started to play much more aggressively. In the last two matches played, they allowed their opponents 82 and 92 points each, which shows enough about the quality of the team’s defense. The Pelicans have so far shown perhaps the weakest games in the entire league, which have been accompanied by a very modest attacking performance of only 103 points scored on average per match. Considering the quality of the home team’s defense in the last few matches, it is difficult to expect that the Pelicans will be able to transfer the number of 100 points scored in this match. Based on the current form of both teams, we believe that this match will end with less than 220 points. 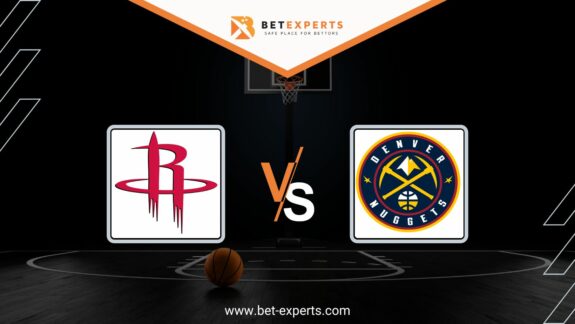