For tonight’s analysis, we chose a duel between two teams from the lower part of the Eastern Conference table, the Detroit Pistons, and the Indiana Pacers. We found the best odds on this game at 20bet sportsbook, which offers a lucrative welcome bonus to its customers!

The Detroit Pistons are in the penultimate fourteenth place in the Eastern Conference table with only three victories from thirteen games played. So far, they have scored 1278 and received 1417 points, which gives us the data that their matches are at 207.3 points on average. Detroit is the worst offensive team in the league with only 98.3 points scored on average per game, while with 109 points received on average in nineteenth place are the lists of the best defensive teams. After a catastrophically bad start and only one victory in the first eight games, Detroit improved its form a bit and managed to record two victories in the last five games. After losing to the Brooklyn Nets 96:90, they managed to make a break against the Houston Rockets, of which they were better with 112: 104. This was followed by a very bad game against the Cleveland Cavaliers and a convincing defeat with 98:78, and the next night they played incomparably better against the Toronto Raptors. Detroit was better in that match with 127: 121, and two nights ago they were defeated at home by the Sacramento Kings with the result of 129: 107. Although Detroit played two games in a row with a very high number of points, we believe that it was only a temporary flash and that it is to be expected that they will return to the series of matches with a lower number of points very soon. They simply do not have an excessively high-quality outside line this season, which can continuously bring the team a large number of points.

Indiana is slightly better at the moment and is in twelfth place with six wins from fifteen games played. In terms of efficiency, so far they have scored 1612 and received 1611 points, which gives us the data that they play matches at 214.9 points on average. Indiana averages 107.5 points, which puts them in nineteenth place on the list of the best offensive teams in the league, while Sus and 107.4 points received are the seventeenth best defense in the NBA league. Indiana started very badly this season, which is best shown by the fact that they managed to achieve only three victories in the first ten matches. Waits are slowly raising their form, and in the last five games played, they managed to triumph three times. They played a very difficult match against the Sacramento Kings, and in the end, they came to victory with a lot of luck with the result of 94:91. Denver was better on the pitch with 101: 98, and after that match, two consecutive victories of the Pacers basketball players followed. First, they defeated the Utah Jazz away with 111: 100, and then they were better than the Philadelphia 76ers at home with the result of 118: 113. Just when they seemed to be getting into a good rhythm, they played unexpectedly badly against the New York Knicks and suffered a 92:84 defeat. Indiana cannot play several matches in a row at a much faster pace at this moment, so we expect them to enter the series of matches again with a much smaller number of points.

Indiana Pacers – Jackson and Warren, while Duarte’s performance is uncertain.

Eight of the last ten matches of these two teams played in Little Caesars Arena ended with less than 211.5 points, as many as the bookmakers offer for this match.

Detroit has a rather modest roster this season, so the results achieved so far are in line with that. Jeremy Grant stands out with 17.9 points on average, Saddiq Bey with 14, and Cade Cunningham with 13.4. A big handicap for Detroit could represent the absence of Olynyk, who is averaging 12.5 points this season, so it is quite realistic for Detroit to return to the rhythm of slightly slower matches with fewer points. Indiana has more players in the roster, and the points are fairly evenly distributed. For now, Malcolm Brogdon stands out with 22.4 points on average, followed by Domantas Sabonis with 18.5. Indiana has played very changeable several times this season, so they often knew that after a few extremely efficient matches, they would enter a much slower rhythm. The tradition of mutual duels of these teams shows us that their matches are with a relatively small number of points scored, so when we take into account the absences in both teams and the current form, the game “Under” points seems to us to be the best choice. 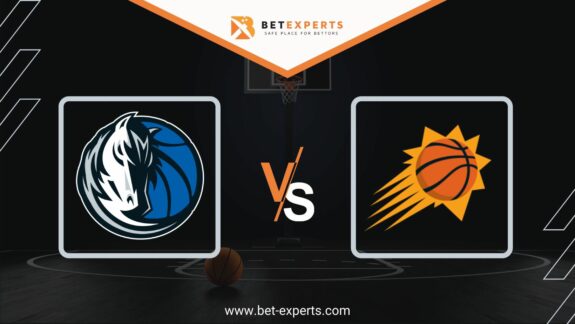