After the Thanksgiving break, the NBA league competition continues tonight, and we singled out the match between the Denver Nuggets and the Milwaukee Bucks from the entire offer. You can watch this game live if you have the NBA League Pass, and if you don’t have it, some of the best betting sites will stream it live.

The Denver Nuggets currently have nine wins and nine losses and are ranked eighth in the Western Conference table. In eighteen matches played, they scored 1844 and received 1847 points, which shows us that they play games with 205.05 points on average. Denver is in the 25th place in the list of the most efficient teams in league with an average of 102.4 points scored per match, while they are the third-best team in the league in terms of defensive performance, with only 102.6 points received per match. They are in a significant drop in form, which is best shown by all five defeats in the last five games played.

The Dallas Mavericks were better at home with 111:101, and Philadelphia was better 103:89. The absence of Nikola Jokić in the match with the Chicago Bulls team had a great impact on the game of Denver, so they suffered the third defeat in a row with the result of 114:108. Jokic also missed the match with Phoenix, which was better with a convincing 126:97, and so the Denver team recorded its fourth consecutive defeat. In the last match played with Portland, they were convincingly defeated with 119:100, again without Jokić in the team. To make matters worse for the Denver team, Dozier injured his knee, so coach Malone will have a lot of problems in the continuation of the season if the rumors that the season is over for Dozier come true.

Milwaukee is ranked number six in the Eastern Conference table, with eleven wins and eight losses. In nineteen matches played, they scored 2069 and received 2021 points, which means that they are currently playing matches with 215.3 points on average. Milwaukee has the eleventh best attack in the league with 108.9 points per game on average, while with 106.4 points received per game, they are in seventeenth place in the list of the best defensive teams in the league. They are in great shape, which is best seen from all five victories in the past five matches played, which they played at home.

They were better than the Los Angeles Lakers 109:92 and then defeated the Oklahoma team with 96:89. They quickly returned to a recognizable rhythm, so they were better than the Orlando Magic twice, with results of 117:108 and 123:92. In the last match played, they were convincing against the Detroit Pistons, and they won that match with 114: 93. Milwaukee is one of the teams that have a lot of players in its roster who can compensate for the worse performance of their teammates at any time, so in addition to Giannis Antetokounmpo, there are also Khris Middleton, Bobby Portis, Grayson Allen, and Jrue Holiday. They are a potent shooting team, and when they are in their rhythm, it is very difficult to beat them.

Thankful for the best fans in the NBA!! pic.twitter.com/Q7eL7wvNm2

In six of the last eight matches between these teams, more than 213.5 points were scored, as many as the bookmakers offer for this match.

This will be a match between two teams that are in a completely different rhythm, given that Denver is in a series of five consecutive victories, while Milwaukee has won the last five matches played. Injuries made things even more difficult for the Denver team, so in addition to Jokić, Dozier was also injured. Milwaukee on the other hand has no such problems and will play this match in the strongest lineup.

Denver will have to adjust to the rather fast style of play of the guests, so we expect that this time they will not play defense in their recognizable style. Milwaukee has scored 117,123 and 114 points in the last three games and having in mind that Denver is significantly weakened for this match, likely, they will again move the margin of 110 points tonight. We expect an open match at a faster pace, and thus a lot of points scored on both sides. 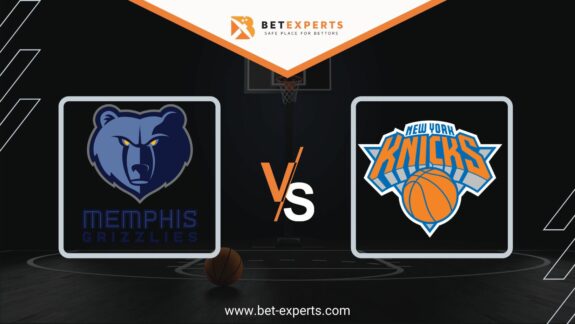