On the night between Saturday and Sunday from 01:00, the Chicago Bulls team will host the Philadelphia 76ers at the United Center. We singled out this game to be our free pick of the day. We found the best odds on this game at 20bet sportsbook, which offers a lucrative welcome bonus to its customers!

The Chicago Bulls have had a great start this season, and ahead of this match, are in third place in the Eastern Conference table. After eight played games, they have a score of six triumphs and two defeats, with a basket quotient of 866 scored and 810 points received. With an average of 108.3 points scored per match, they rank 17th in terms of efficiency, while with 101.3 points received per match, they are in a high fifth place in terms of defense. In the first game of the season, they celebrated away to the Detroit Pistons with 94:88, and they provided a much more efficient game in the next match against the New Orleans Pelicans, which they won 128: 112. The third round brought them a rematch with the Detroit Pistons, and they celebrated again with a score of 97:82. Against the Toronto Raptors, they came to a triumph with 111: 108, and a series of successful matches interrupted the New York Knicks with a 104: 103 defeat. Two more triumphs followed, against the Utah Jazz with 107: 99 and the Boston Celtics with 128: 114. In the last match, they were defeated by last night’s opponent with the result of 103:98. Given their attacking abilities, Chicago is still far below expectations, and we believe they will start playing more efficiently as the season progresses.

The Philadelphia 76ers are the leader of the Eastern Conference with seven wins from nine matches played. In those nine matches, they scored 997 and received 921 points, and with an average of 213.1 points per match, they are in the middle of the table according to that parameter. Already in the first round, they managed to make a breakaway to the New Orleans Pelicans, winning 117: 97, and then at home in a very uncertain match, they defeated the Brookly Nets with 114: 109. in the next match they triumphed over the Oklahoma City Thunder with 115: 103, and in the duel with the New York Nicks they suffered their second defeat of the season, with the result 112: 99. The 110: 102 victory over Detroit started a series of victories for the Philadelphia 76ers, and in the next four games, they were better than the Atlanta Hawks with 122: 94, Portland with 113: 103, Chicago Bulls with 103: 98. and the Detroit Pistons 109-98. The findings are in very good shape, but they will have a very difficult task tonight, considering that they are playing against one of the best defenses in the league. Due to the absence of several players, they are outsiders in this match, and we believe that they will still play the game at a slightly faster pace and with over 85 shots from the game.

Philadelphia 76ers – Harris, Riller, and Simmons, while the performance of Green, Joe, and Korkmaz is still uncertain.

Five of the last six mutual duels of these teams in the United Center hall ended with more than 211 points, as many as the bookmakers offer for this match.

This will be the second duel of these teams this season, only three days apart. In the match played three days ago, points were missed, mostly because both teams shot catastrophically by three points, especially Chicago. Chicago is at 108.3 points per game this season, while Philadelphia is slightly better with 110.8 points on average per game, so it is realistic to expect the match at a slightly more efficient pace. A big handicap for the visiting team will be the absence of Harris and Simmons, and that is the reason why they should try a little faster rhythm and more shots to cancel that shortcoming. Chicago is the favorite and we are sure that they will want to take revenge for the recent defeat, and if DeRozan and LaVine are up to the task, we expect the home team to score over 115 points. That, with some 100 to 105 points for the guests, should be enough for these teams to easily move the margin of 211 points, as many as the bookmakers offer for this match. 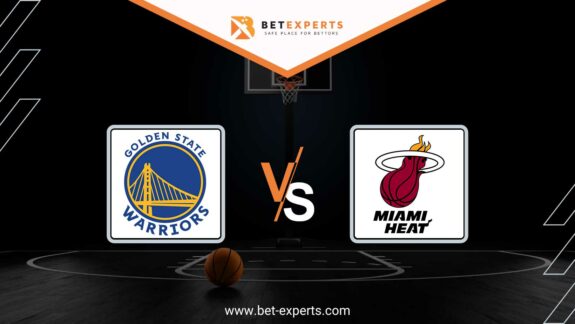 The most interesting duel of the evening is played in the Chase Center, where the…