Today there are not many games on the schedule in the NBA, but we found one interesting line and we will watch the match between the Atlanta Hawks and the Dallas Mavericks. We feel that this one is the best game for betting, and thus it is our bet of the day!

Milwaukee stopped the Atlanta team in the semifinals last season, and they will undoubtedly want to repeat at least an approximate result this season. Observing from this distance, the arrival of Bogdan Bogdanović in the Hawks team turned out to be a complete success, and this season, along with Trae Young, he will be the main driving force of his team. Of the more significant departures from the club, we should mention that Kriss Dunn (trade) and Tony Snell (free agent) left the Hawks.

In this year’s draft, Jalen Johnson, the twentieth pick, became the new Atlanta player, joined by Gorgui Deng (free agent) and Delon Wright (trade). In the preparation period, Atlanta played four matches, with half success. In the first duel, they were defeated by the Miami Heat with 125:99, and two days later, they were better than the Cleveland Cavaliers with 99:96. They recorded their first victory in the preparation period over the Memphis Grizzlies 91:87, and in the last match before the start of the season, they outclassed the Miami Heat with 127:92.

Last season, Atlanta averaged 113.7 points per game, and according to that parameter, they took twelfth place in the entire league. We expect similar numbers from them in this competition season as well. The five consisting of Tre Young, Bogdan Bogdanovic, De Andre Hunter, Josh Collins, and Clint Capela are very powerful offensively, so Atlanta should easily transfer 110 points tonight.

Last season, the quarterfinals were the final reach of the Dallas Mavericks, as the Los Angeles Clippers eliminated them with a total score of 4:3 in the series. Although Luka Dončić is playing unrealistically well, he still couldn’t carry all the burden on his own. Last season, the 22-year-old Slovenian stood out as the undisputed leader of the team with 27.7 points on average per match, and he will have the same role this season.

Dallas excelled in the preparation period, as they recorded all four victories. They defeated the Utah Jazz in the first game with 111:101, and then the Los Angeles Clippers with 122:114. Against the Charlotte Hornets, they recorded one of the most convincing victories in history and reduced the opponent to just 59 points scored. In the end, the scoreboard was unreal at 127:59. In the last preparatory match, they were better than the current champion of the Milwaukee Bucks team with 114:103, without Luka Dončić.

If Luka Dončić continues in the rhythm of last season this year, the Dallas basketball players will easily surpass the average of 112.4 points scored per game from the 2020/21 season. Dallas players very often know how to send almost equal numbers of shots for two and three points, and considering that they have several great shooters in the team, we are sure that they will not have any problems in attack this season.

Atlanta will be without Onyek Okongwu, who has shoulder problems, in this match, while the performance of Reggie Bullock is questionable for Dallas.

Last season, these teams met twice in the league, and Dallas was both times more successful. They celebrated away with 122:116, while at home, they were and won 118:117.

Both teams play very fast basketball, and it is to be expected that they will start the season in that rhythm. Since they are very similar in terms of roster quality, it is difficult to predict the winner. We give a slight advantage to domestic basketball players, but for us, the safest option is to bet on the number of points. Both teams have great shooters in their ranks, and we believe that tonight they can easily transfer the set margin of 224 points. We are going on total here, and playing Over 224 Points, priced 1.80, all at 20bet betting site. 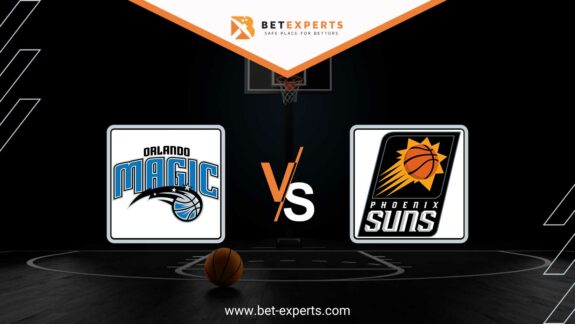 In Florida, the home Orlando Magic welcome one of the best teams from the West,…