The other half of Championship fixtures will be played on Wednesday, and all three teams from the top of the table are playing today. We feel that this game has some exciting betting angles that we will try to exploit. We found the best odds for this game at the popular Bet365 sportsbook, which has a rather interesting Welcome Bonus for all newly registered customers.

Before the season started, WBA was one of the main favorites for promotion. WBA is a yo-yo club. They are too strong for the Championship but fragile for Premier League and easily relegated to the second tier.

This summer, they signed Valerien Ismael as manager. The French had a fantastic last season at Barnsley, where he managed to finish in the top 6 with the roster who barely avoided relegation a year before. He signed ex-Barnsley captain Alex Mowatt and added a couple of great players. The start of the season was very good, but the problem was the results away from home. WBA is very good at The Hawthorns, where they have five wins and two draws, but results away from their stadium are the reason why they are not at the top of the table.

Ismael changed a lot of his methods at WBA, and now his team doesn’t play attacking football, with good pressure on opponents’ defense and with a lot of passes. WBA usually plays a very dull football, but effective in terms of points and final results. They have only 50% ball possessions per match and just an average of 206 passes per game. Only Birmingham has less.

But even with that approach, they scored 25 goals, and they are second in the league in terms of big chances created.

Striker Karlan Grant is in great form with six goals scored in the last seven games.

The Tigers got promoted from League One last season, but they didn’t show big ambitions to bring quality players capable of keeping the club in this league during the summer.

Hull is struggling at the start of the season, and when you compare theirs results in the Championship in the season 2019/20 when they relegated, you can see that they only have three wins in the last 35 games!

Grant McCann is under tremendous pressure. Because of results, but because of a potential takeover of the club. English media are reporting that Turkish media mogul Acun Ilicali is interested in buying Hull and currently is in talks with Hull owner the Allam family.

The new owner usually brings a new manager with himself.

Inefficiency is one of the biggest problems for McCann side. Hull has scored only nine goals this season, least in Championship, 10 of 15 games they finished without scoring a goal, and their top scorer is Keane Lewis-Potter, who scored only two goals.

WBA will be without right-back Darnell Furlong who is suspended after receiving a red card against Fulham. Hull’s midfielder Richard Smallwood may miss today’s game because of an injury.

We simply don’t see how Hull can get something from this match. They are currently on a four-game losing streak, don’t score a goal in the last 6 games away from home, and they play very badly. A big question is how much are the manager and people in the club focused on what happened in the club, because of a possible takeover.

WBA is very good at home. They have three straight victories and don’t have a defeat at home this season.

Friday is always a tough day for betting on football, as the number of games… 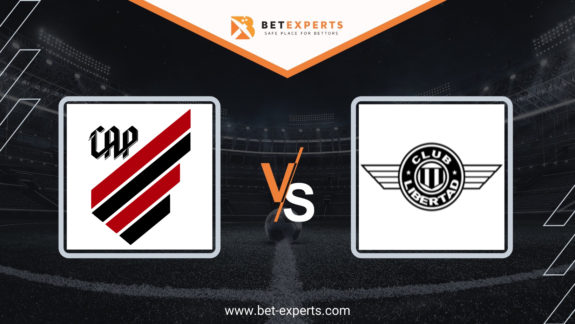 In the first match of the eighth-finals of the Copa Libertadores, Athletico-PR will welcome Libertad…