The one exciting game will be played on Tuesday evening in League One.

Another year full of big expectations but full of monumental disappointments for now. Sunderland has had only one goal before the start of the season, and it was to be promoted to the Championship. Right now, they are in disappointing 7th place in the table with 60 points.

Their results are far from good in the last 12 games. They had won only two times, and they slipped outside the top 6 zone because of that bad run. The manager Lee Johnson was sacked, and Alex Neil took charge of the team as the new manager. He didn’t start well because, in his first five games, Sunderland won only once.

But, there was a big improvement in the last two games. Sunderland won at Wigan, one of the best teams in his league, with 0-3, and after that, they played 0-0 away from home against Charlton, in a game where they were a much better team.

In front of Sunderland are three games that they must win. Without a doubt. First Fleetwood, then Crewe, and Lincoln. These three teams are in 18th, 19th, and 24th place in the table.

The striker Ross Stewart is in perfect form with four goals in the last four games.

A fight for relegation until the end. That’s the reality for Fleetwood. They are 19th in the table with 33 points, only two above the relegation zone, and nine games without a win.

Fleetwood is in the middle of a very tough run of fixtures. They played against Portsmouth, Ipswich, and Wigan in the last couple of weeks, and this Tuesday, they have to play against Sunderland, another team from the top 10.

The biggest problem for their manager Stephen Crainey is defense. Fleetwood has one of the worst defensive records in League One with 60 goals conceded, and they have only five clean sheets throughout the season. They are nine games without a clean sheet.

The good news for them is the run of fixtures after this match, and it is against the teams from the bottom half of the table.

Five of #ftfc’s young players have played for their loan sides in the last week, with McMillan being the star of the show in Radcliffe’s win over Basford – here’s how they all got on.#OnwardTogether

Alex Pritchard will be out for Sunderland because of the injury he suffered against Charlton, and Aiden McGeady is still out. Fleetwood is without striker Joe Garner who is suspended.

A very tough game, but Sunderland is the favorite to win this. They simply must. In the last six games at home, they have five easy games against the teams from the bottom half of the table and must collect points at home.

They are starting to show some improvements under the new manager, and this game will be a big test for Alex Neil after two good results against Wigan and Charlton. 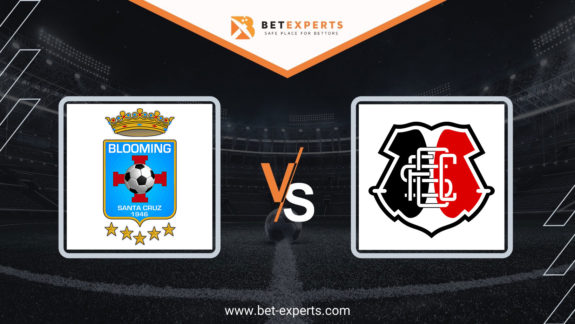 In the second round of the Professional Division, Blooming will welcome Santa Cruz at home.…