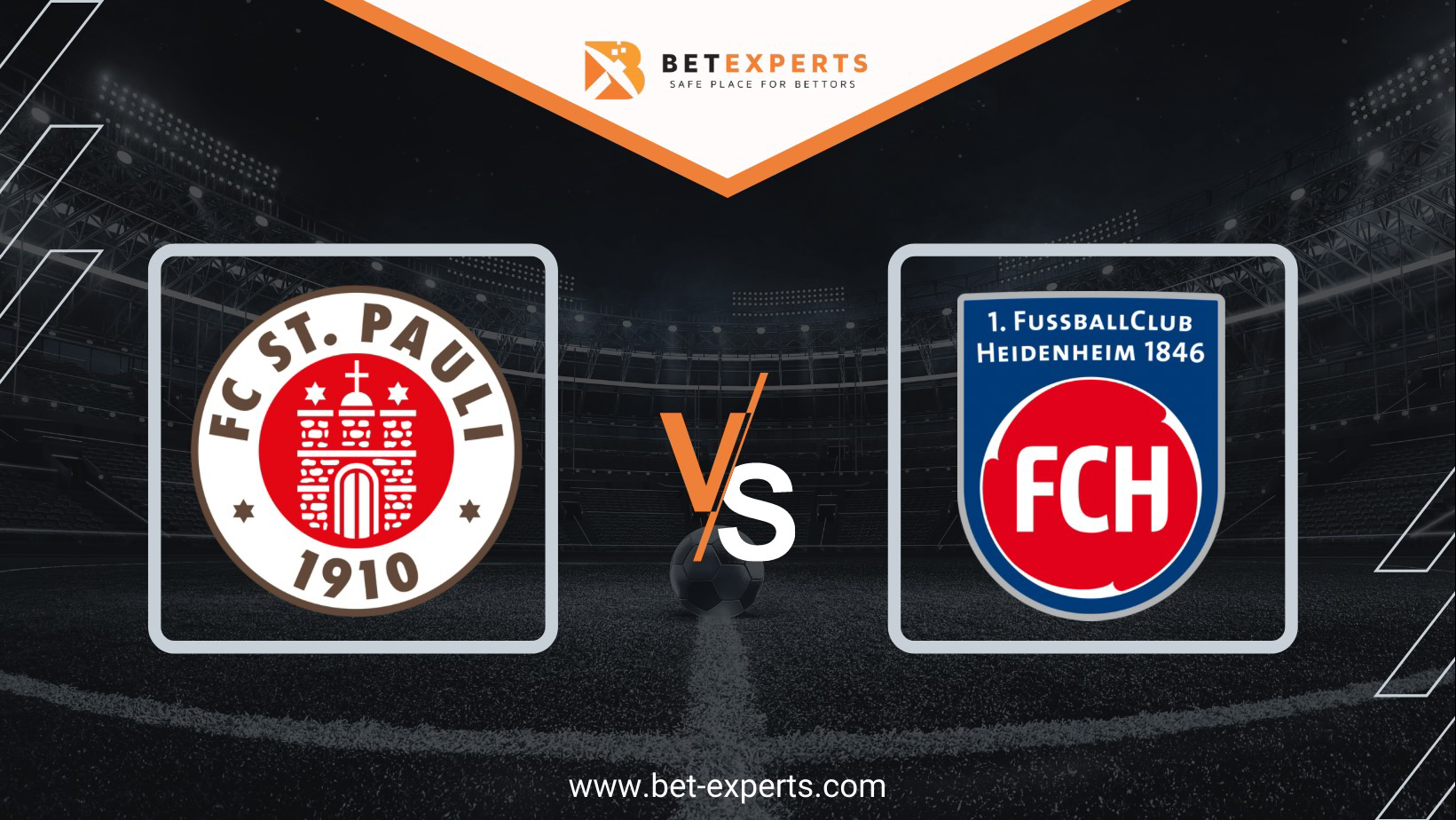 All three main competitors for placement in the Bundesliga next season experienced failures in the last round, and Darmstadt, St. Pauli and Werder Bremen have the same number of points ahead of this round. With that in mind, St. Pauli has the imperative to win against Heidenheim in tonight’s match.

The team from Hamburg welcomes this match in second place on the table with forty-eight points won, the same as the other two competitors in the fight for the title in the Bundesliga. In twenty-six matches played, they achieved the result of fourteen victories, six draws and six defeats, with a goal difference of fifty-two goals and thirty-seven goals conceded. They play much better at home, which can be seen from the results achieved. At home, they played twelve games in which they recorded nine wins, two draws and only one defeat, with thirty-one goals scored and thirteen goals conceded.

St. Pauli has experienced two failures lately, against the team from the lower part of the table. First, they were defeated by Hannover with 3: 0, and in the last round, they played only 1: 1 away against SG Dynamo Dresden. Given the high ambitions, we expect that the players of the home team will show a reaction in this match, and continue with good games at their stadium.

The Heidenheim team still has a chance to get more seriously involved in the fight for a place in the playoffs, considering that after twenty-six games played, they are six points behind the leading teams in the championship. In the previous part of the competition, they achieved the result of twelve victories, six draws and eight defeats, with thirty-four goals scored and thirty-four goals conceded. The biggest problem of the Heidenheim team this season is the away matches, as they have won only fourteen points in thirteen matches. In those matches, they managed to score thirteen and concede twenty-two goals, which is one of the worst defensive effects in away matches in the league.

In the last round, they defeated Werder Bremen at home with 2: 1 (the third-placed team in the league), so they traveled to Hamburg in a good mood. However, it is difficult to expect that in a short period they can be better than two competitors for placement in a higher rank, given that they have a very modest playing staff that has experienced a large number of ups and downs this season.

St. Pauli has celebrated at home in three of the last five mutual duels against Heidenheim. In the first match of this season, they celebrated away with the result of 4: 2.

The management of the club from Hamburg has set a clear goal before the start of this season, and that is placement in the Bundesliga. So far this season, they have had several major ups and downs, but despite that, they have great chances to achieve the desired goal. Burgstaller (17 goals and 6 assists) and Kyereh (9 goals and 9 assists) are the main driving force of the home team, and they are players who can make the necessary difference on the field, which is a big advantage, considering that Heidenheim does not have such players. Also, St. Pauli has as many as thirteen foreign players in his team (the largest number in the league), while the visiting team consists of only two foreign players.

St. Pauli plays really great at home (9W-2D-1L 31:13), while the Heidenheim footballers can’t really boast of their performance on the away pitches (4W-2D-7L 13:22), so the home field will be a huge advantage for football players St. Pauli in tonight’s match.

St. Pauli is a better team with high ambitions, and we expect that he will show that against Heidenheim. If they are not able to beat the average Heindeheim team, the question is whether they deserve a place in the Bundesliga at all.

Norwich have suffered a defeat in their last four Premier League matches, and are in…

The first midweek round of fixtures in Premier League brings us two big derbies. One…