Spezia and Fiorentina will play the last match in the regular twenty-fifth round of the Italian Serie A, tomorrow at 20:45 at the Alberto Picco Stadium.

The home team is currently in fifteenth place in the table with twenty-six points won after twenty-four games played, and has a five-point advantage over the first team in the relegation zone. Spezia has recorded seven wins, five draws, and twelve defeats so far this season, with twenty-six goals scored and forty-four goals conceded, and with an average of 1.83 goals conceded per game, it is one of the worst defensive teams in the league. In terms of performance at home, in eleven matches played, they managed to achieve a performance of three wins, three draws, and five defeats, with twelve goals, scored and fourteen goals conceded.

They are in great shape, considering that they have won as many as ten points in the last five matches, and perhaps the most significant victory of this season was achieved three rounds ago when they defeated Milan 2: 1 on the road. They have a lot of defensive problems, and they will have to solve that problem as soon as possible, so as not to get into a situation where they have to worry about surviving in the league.

Fiorentina welcomes this match in the eighth position on the table with thirty-six points won and will try to secure participation in one of the European competitions next season for the rest of the season. In twenty-three games played, they recorded eleven wins, three draws, and nine defeats, with forty-one goals scored and thirty-three goals conceded, and with an average of 3.2 goals per game, they are in fourth place on the list of the most efficient teams in the league.

Weaker performance in away matches greatly affected the poor placement on the table, and Fiorentina recorded four wins, two draws, and six defeats in twelve away matches, with a modest goal difference of twelve goals scored and eighteen goals conceded. They are not in the best shape since they managed to win only five points in the last five matches in the league, so if they want to get more serious in the race for one of the positions that ensure participation in one of the European competitions, they will have to react as soon as possible. they start to score points.

All three matches ended with at least three goals scored.

Given that it has played one match less than its direct competitors in the fight for survival, Spezia would increase its advantage over Cagliari to eight points with a possible victory against Fiorentina, and thus make a big step towards maintaining first league status. they are playing very offensively in this match. Fiorentina was significantly weakened by the departure of Dušan Vlahović to Juventus, and in the last two matches they played without him, they managed to win only one point. Regardless, they have to win this duel because that’s the only way to stay in the race for fifth or sixth place in the table, and they are supported by the fact that they have played two matches less than Roma and Lazio, who are also fighting for mentioned places on the tables.

With the victory against Atalanta in the Cup, they managed to regain their shaken self-confidence, so we should see an extremely offensive formation of the team from Florence in tomorrow’s match, and we must mention the fact that Fiorentina played as many as seventeen matches in the league this season with at least three goals. In this match, both teams will try to reach all three points, so we expect a very open match, and taking all of the above into account, betting on the number of goals is our most likely option.

The regular round is played in the Bolivian Primera Division, and today we will tip… 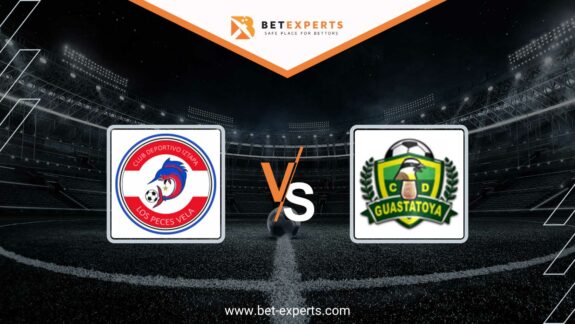