Two teams that play hot and cold will meet today in Spanish La Liga. This is one of ours free football betting picks for today, and if you want to watch this game live for free, check out how to do it. The last match of the regular eighteenth round of the Spanish Football Championship will be played tonight at 21:00 at the Ramón Sánchez Pizjuán Stadium between Sevilla and Barcelona.

Ahead of this match, Sevilla is in second place in the table with 37 points from 17 matches played, and currently has six points less than first-placed Real Madrid. In the previous part of the competition, they recorded eleven victories, four draws, and two defeats, with 28 goals scored and 12 goals conceded, and with an average of 0.7 goals conceded per game, they are the best defensive team in the league. They are still undefeated at their stadium, considering that they have recorded seven wins and one draw in eight matches played, with twenty goals scored and only seven goals conceded.

They are on the rise in form, and in the last five matches, they have achieved three victories, one draw, and one defeat. After 2:2 against Alaves, Real Madrid was better with a score of 2:1. They defeated Villareal with 1:0, and in the next match, Athletic Bilbao with a score of 1:0. In the last round, they beat Atletico Madrid 2:1 at home.

The Catalan team managed to win 27 points after 17 games, and they are looking forward to this match in the eighth position on the table, so we can already say that the third or fourth position on the table will be their maximum range this season. So far, they have recorded seven wins, six draws, and four defeats, with 28 goals scored and 21 goals conceded. They play very poorly on the visiting fields, considering that they have achieved one victory, four draws, and two defeats in seven matches, with only nine goals, scored and ten goals conceded.

Barcelona is playing rather poorly, although the data show that they managed to win ten points in the last five matches in the league. They defeated Espanyol with a minimal result, and then they were better than Villareal with 3:1. An unexpected defeat by Betis followed at their stadium with the result of 1:0, and then, despite the advantage until the very end of the match, they played 2:2 against Osasuna. In the last round, they defeated Elche 3:2 at home.

Sevilla has been playing very well lately, which is best seen from the results achieved. Despite the problems with injuries, in the last round, they managed to overcome one of the toughest opponents in the league, Atletico Madrid with 2:1, and full of confidence enter this duel. Barcelona is obviously struggling, and in the last round, they barely won against Elche, even though they had a two-goal advantage. Xavi has not yet managed to establish its system in Barcelona, ​​and a large number of injured players has significantly contributed to that. In some other circumstances, Barcelona would be a likely favorite, but in the current balance of power, Sevilla is much closer to victory in this match.

They play very firmly and aggressively in defense, and we have seen in the previous few matches that the Barcelona strikers have a lot of problems in matches with teams that pay special attention to the defensive segment of the game. The big question is whether Barcelona’s modest offensive line will be able to score at least one goal, given that they play against a team that receives only 0.7 goals on average per match, we must say that Sevilla scored twenty goals in seven matches at home. We give the home team the advantage in this match, and we expect three new points to come. 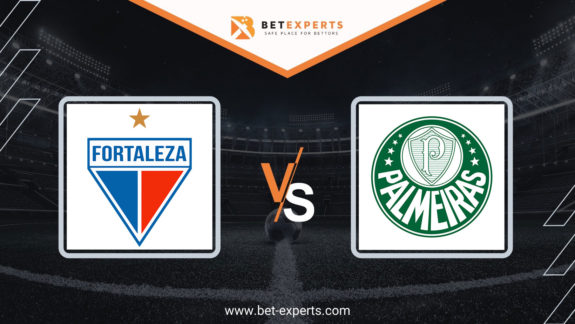