In Saturday’s duel with the Bologna team, Salernitana will try to win “gold-worthy” points in the fight for survival, and this match is of great importance for them.

Salernitana welcomes this match in the last place on the table with only 14 points won after 24 matches played. So far this season, they have recorded three wins, five draws, and as many as sixteen defeats, with 19 goals scored and 55 goals conceded. At home, they achieved the result of one victory, three draws, and eight defeats in 12 played matches, with 9 goals scored and as many as 28 goals conceded. Salernitana is in a very difficult situation, considering that it has 8 points less than the first team “above the line”, so winning this duel is imperative.

They have a lot of defensive problems, and are currently the worst team in the league in terms of the number of goals conceded, so they will have to pay much more attention to the defensive segment of the game since Bologna is a team that knows how to punish opponents’ mistakes.

Bologna is in 13th place in the table with 31 points won after 25 matches played, and before this match, it has a nine-point advantage over the Cagliari team, which is in the danger zone. As far as the performance so far is concerned, Bologna has achieved nine victories, four draws, and twelve defeats so far, with 31 goals scored and 41 goals conceded. In 12 away matches, they recorded 3 wins, 2 draws, and 7 defeats, with 13 goals scored and 24 goals conceded.

Bologna has had offensive problems lately, considering that they have scored only three goals in the last five matches, so we cannot say that they are in great shape. Unlike Salernitana, they can play this match without pressure, so we expect finally one of their slightly more offensive matches.

In the first duel of this season, Bologna celebrated at home with the result 3: 2.

Salernitana made a big sensation in the last round by playing 2: 2 at their stadium against the favored team AC Milan, so they are looking forward to this match with great confidence. They are in a series of three matches without defeat, and in the duel against Bologna, they have a very real chance to remain undefeated. Salernitana has scored 5 goals in their last three matches, which shows that they are in very solid shape, and we are sure that they will play a very offensive match tomorrow because they are slowly running out of time.

Both teams have a lot of defensive problems, which means that there is a very real possibility that tomorrow’s match will be effective. In the first duel of this season, Bologna was better with 3: 2, and in tomorrow’s match, we expect that Salernitana will triumph and thus make a big step towards survival in the league. 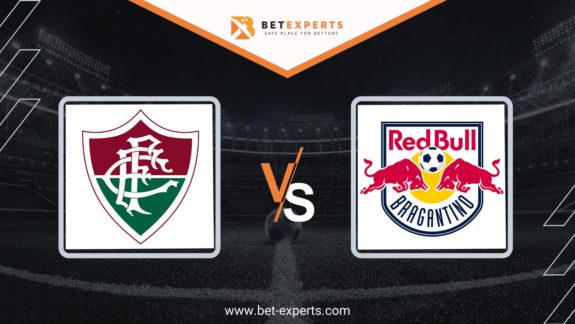 If you prefer to bet on goals, read our prediction of Brasileirao Serie A game,…

The second round of the FA Cup is playing this week. No new teams will…