The duel between Real Madrid and PSG is without a doubt the main sports event of the day, and tonight we will get an answer to the question of which of these two teams will finish this year’s appearance in the Champions League in the eighth-finals.

Real Madrid finished the group stage in first place in the table, and with fifteen points won showed that it is one of the main candidates to win the trophy in this strongest European competition. We can say that they were not too lucky and that they got the toughest possible opponent in the eighth-finals, but despite that, they managed to achieve an active result in Paris. They suffered a defeat in a really unfortunate way, and based on the game shown, it would be most realistic if the match ended in a draw.

The most important thing for the team from Madrid is the fact that Benzema is in good shape, because he is one of the players who can make the necessary difference on the field at any time, and when he is in the mood to play, Real Madrid is invincible.

Lionel Messi is the biggest reinforcement for the team from Paris this season, and a clear sign that this year’s ambitions are very high, and the primary goal set by the club’s management before coach Pochettino is to win the Champions League. Although they defeated Real 1: 0 in the first match in Paris, the job is still not finished. If Messi had scored from the penalty spot in the 62nd minute, the atmosphere before this match would probably have been much different, but this way, despite the advantage from the first duel, PSG will have a very difficult task in tonight’s match in Madrid.

What may worry the fans of the French team is the fact that PSG has been playing very badly lately, considering that PSG has suffered two defeats in the last three matches (Nantes 3: 1 and Nice 1: 0), while it was recently eliminated from the national Cup.

On the eve of #RMPSG , our coach answered questions from the media. 👇https://t.co/zMjCpj27Rh

It is interesting to note that four of the last five matches between them ended with at least three goals scored.

As expected, the first match in Paris was very nervous, and as many as eight yellow cards were awarded. The rhythm of the match was much slower, which is understandable considering that the stakes are very high. PSG missed a penalty, and the victory came thanks to Mbappe, who scored a goal in the ninety-fourth minute. Although a more open and offensive match was expected, both teams showed that their primary goal is not to concede a goal, while in tonight’s match Real Madrid will have to attack, given that they have a negative result from the first duel.

We believe that coach Pochettino will not want to risk too much and that his team will expertly keep the advantage gained from the first match. Considering that both teams will play this match much more carefully, we believe that it is very realistic for this duel to end with a smaller number of goals scored. 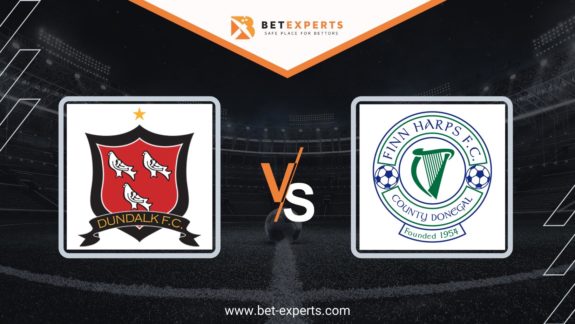 Although it seems that the fight for the title is already over, the Dundalk team…

Today we managed to find one interesting game that will be played in Budapest, at…