Many football fans agree with the statement that the duel between PSG and Real Madrid is the so-called “final before the final”, and tonight from 21:00 at the “Parc des Princes” stadium will be played a match between the two best teams in Europe in this time.

Lionel Messi is the biggest reinforcement for the team from Paris this season, and a clear sign that this year’s ambitions are very high, and the primary goal set by the club’s management before coach Pochettino is to win the Champions League. This will not be easy at all, because, in the eighth-finals, their opponent will be the team that has won this competition thirteen times. For the weekend in the French championship, PSG was better than Rennes with only 1: 0, thanks to the goal that Mbappe scored in the ninety-second minute of the match. PSG played very badly in that match, and they will have to change a lot if they want to achieve a favorable result against Real. PSG will not be in the strongest team because Ramos and Neymar will miss this match, but even without them, they have a very respectable team, which should achieve a favorable result before the return match in Madrid.

Real Madrid finished the group stage in first place in the table, and with fifteen points won showed that it is one of the main candidates to win the trophy in this strongest European competition. Karim Benzema is the best player of the Madrid team this season, and in the previous three matches that Real Madrid played without him, it was clear that he has a huge impact on the game of his team. Real has managed to score only one goal in the last three matches, and three days ago they played only 0: 0 against Villareal in the national championship, so we can say that they have had a lot of offensive problems lately. If Benzema does not play tonight, we expect that the primary goal of Real will be not to concede a goal, and to solve the issue of passing to the next phase of the competition in Madrid.

The last four mutual duels of these teams ended with at least three goals scored.

Real Madrid: It is still unknown whether Benzema will play in this match.

Although the bookmakers are currently favoring PSG, the outcome of this duel could largely depend on Benzema being ready for this match. He missed the previous three games, and since he has a great influence on the game of the Madrid team, everyone is looking forward to information about whether he will play against PSG. If Benzema misses this match as well, we are convinced that Ancelotti will insist on a more aggressive game in defense, which should result in a much slower pace of play in this game, and thus a smaller number of goals scored. The stakes in this match are too high for both teams to risk a more offensive game, so we expect a match with one or at most two goals scored. 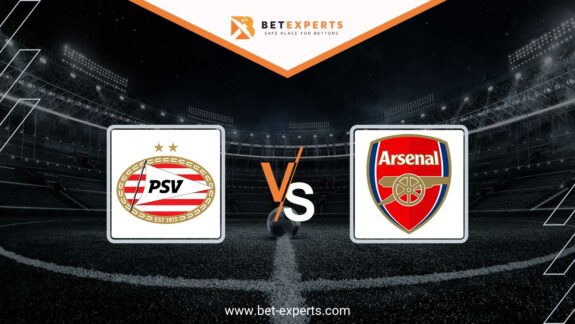 PSV welcome the Arsenal team in the fifth round of the Europa League. With a…