Sunday match in Szczecin will be my choice for this week. In our opinion, Pogoń will win against Zaglebie Lubin without any problems. Actually, Szczecin team are my favourites to win the whole Ekstraklasa in June 2022. Weather forecast is fantastic for this time of the year too.

Kosta Runjaic’s team looks amazing after the winter break. Last week they’ve smashed Piast Gliwice 0:2 Away, 3 points was never in doubt. At home (the stadium will be packed on Sunday) this team is at their most lethal with only two draws and no losses whatsoever. The academy lads will be pushing the first team players, new transfers are almost all spot on this season, everything works almost perfectly.

Huge squad problems, current form is worse than terrible, the last time they won League points was back on 30th October 2021! Since then 8th straight losses. New/Old coach – Stokowiec didn’t helped much. This team lost to Legia by two goals and the new captain and CB B.Kopacz were arguably involved in all three away goals. No doubt they are no match for Pogon who are second in the table.

Pogon exactly with same squad that played in the last round vs Piast. Smoliński and Gorgon was already injured last week. Bench players had a Friendly on Wednesday to get some game time. This team is a well oiled machine. New player Bichakhchyan smashed Slovakian league and scored in his debut. Bench players would make top of the Zaglebie squad.

Zagłebie absolutely opposite, 4 out of 5 star players are all out, Chodyna (yellow cards), Zivec, Starzynski and Baszkirow. All four mentioned are also the most experienced in the Lubin team. I already mentioning that Bartek Kopacz was actually a “-1” player against Legia, I hope that bad performance will continue from him and no replacement is seen. Big mistake to give the captain armband to the new transfer.

Reverse fixture was lost by Szczecin 2:0 and I see this to work in our favour. No doubt Pogoń would want to put a records straight vs broken opponents. Out of 9 home matches Pogon have won 7 with two draws. From that 70% win rate Asian -1.0 was refunded twice and beaten 5 times. At home scored 24 and lost only 7.
Coopers(Lubin) have lost 70% of all away matches. Scored only 7 and conceded 23 goals in delegation. No doubt Pogoń have potential comparable to Legia or Rakow. Lubin lost in Warsaw 4:0 and 4:0 in Czestochowa and this happened within last three away League matches, I hope for something similar on Sunday.

No doubt Pogoń is amazing at home. No doubt Zagłębie are more than terrible when travelling. What I also like here is that reverse fixture was lost by Pogoń without a goal scored as well as last League home match was unexpectedly draw against bottom table Warta. Pogoń players owning a seriously good performance to their fans at home and a serious performance vs Zagłębie. On other hand Zagłębie are on eight straight League loses, speaks volumes. Can’t see that suddenly they will comes up with result against one of the best in Poland. Therefore Asian Handicap -1.0 for Pogoń stress free win or refund if win only. 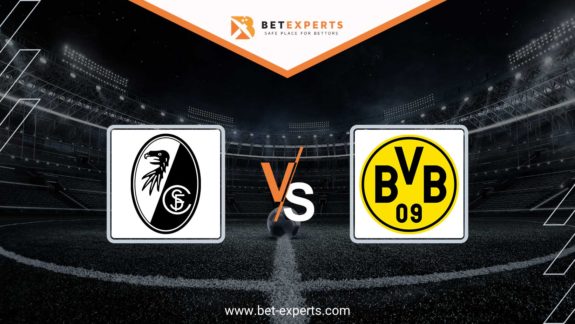 The clash between Freiburg and Borussia Dortmund will open the second round of the Bundesliga.…