One exciting game will be played at Kassam Stadium.

Oxford United has a chance to finish in the top 6 in League One for the third time in a row. They finished in 4th and 6th place in the previous two seasons, but later they were defeated in the playoffs. Right now, Oxford is 4th in the table with 62 points, and they are only six points behind the second-place Wigan, but they played three games more than Wigan, and that’s the problem in the hunt for the automatic promotion to the Championship.

Once again, Oxford will go for a place in the playoffs for the third time in a row. Maybe this time will be the third time lucky. They are not 100% sure in the top 6, and they must keep good form until the end of the season because teams outside the top 6 zone are only 4 and 6 points behind.

The only constantly good thing is their attack. Oxford has the best attack in League One with 67 goals scored, and in the last ten games, they failed to score in only one game. The striker Matty Taylor has 17 goals to his name.

United’s Under 18s begin their Merit League season with a game at the Bangkok Glass Training Centre this Saturday at 2pm against Stevenage U18s. 👊

In their mind, they are probably on vacation. Ten rounds to go, Burton has 15 points less than the top 6 zone and 13 points more than the relegation zone. They are in the middle of the table in 14th place with not too much chance to change anything in the last two months of the season.

Last season they were fighting against relegation until the end of the season, but this season they spent the entire season in the middle of the table.

Burton is in a run of four games without a win and has only one win in the last eight games. Their defense isn’t good in the last couple of games. They conceded at least a goal in the last 17 games, and they didn’t keep a clean sheet away from home since October.

Burton is one exciting team with some players that played in the Premier League not far ago. Their manager is Chelsea legend Jimmy Floyd Hasselbaink, and recently they signed ex-Everton striker Oumar Niasse, and ex-Watford midfielder Adlene Guedioura; Michael Mancienne plays for them too, like Cameron Borthwick-Jackson.

❤💙 WALK ALL OVER CANCER

As part of #WalkAllOverCancer we wanted to take the time to promote some good news stories from our Active Recovery sessions.

Check out what Kev Pearce had to say 👇

Oxford had won their first meeting this season with 3-1 back in October. In their six meetings before that, Oxford has three wins and Burton one. Six of their last seven meetings were finished with over 2.5 goals.

Oxford is favorite for three points here; as we said, they need points for a place in the top 6. On the other hand, Burton is quite safe in the middle of the table.

Based on their H2H record and how much Burton’s defense has been weak in the last couple of weeks, we will go with a bet on goals. Our prediction is for Oxford to score over 1.5 goals. Also, a good option is over 2.5 goals in this match. 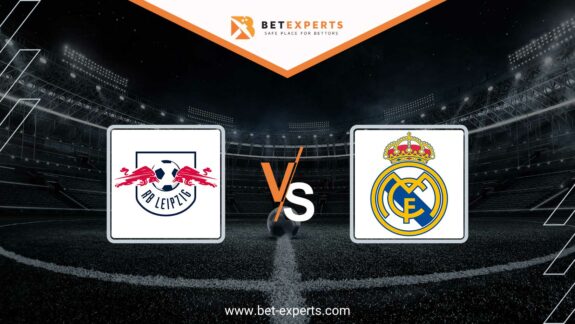 In one of the most interesting matches in the Champions League round 5, Leipzig will…