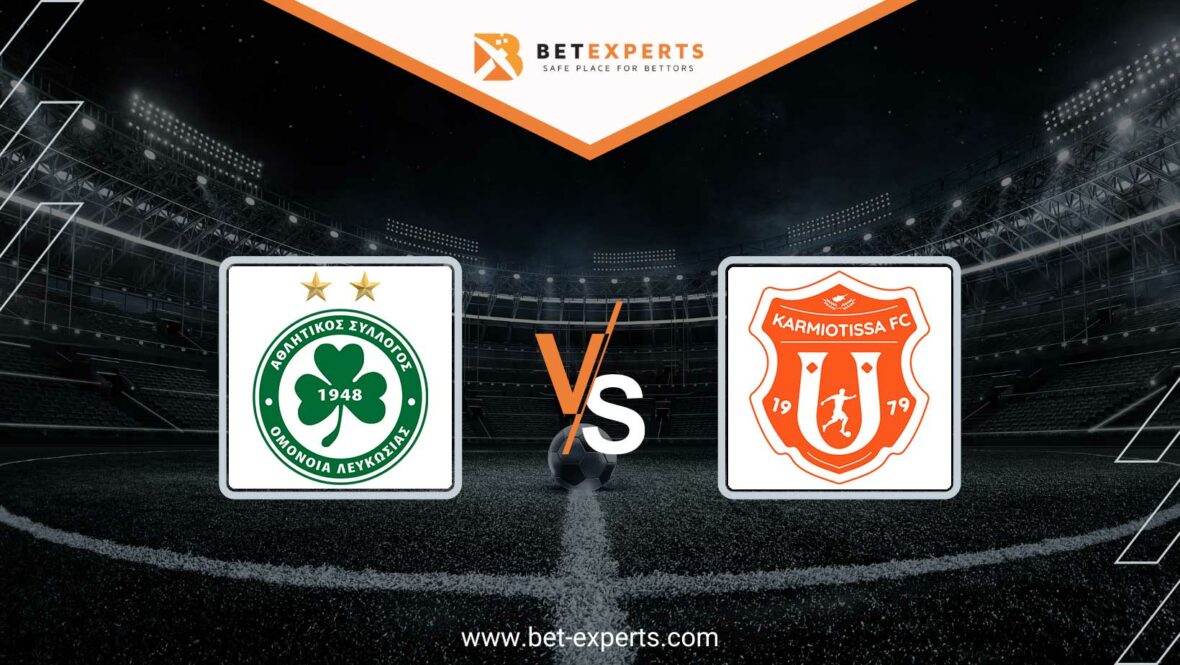 This Monday, we have a match between two teams from the middle of the table in the Cyprus First Division. Omonia welcomes Karmiotissa.

After 12 games played, Omonia Nicosia of the first league is in 8th place with 16 points in their assets. This season, this team managed to win five games. They lost six times and drew once.

In the last round, Apoel scored four goals against them, a week before Omonia beat Olympiakos with the same result. They drew 1:1 with Aris Limassol. In the cup, they defeated their next opponent Karmiotissa 2:1.

Karmiotissa has played inconsistently this season. After 12 matches, they have four wins, three draws, and five losses. They are currently in 9th place in the table and have 15 points.

In the last round, Karmiotissa defeated Doxa 2:1; a week before that, they played goalless with Paralimni. Also, recently, they narrowly beat Akritas Chlorakas 1:0 and lost 4:0 to AEK Larnaca.

Karmiotissa does not score many goals this season, averaging only 0.8 per match. On the other hand, they concede more goals than they manage to achieve, which speaks volumes about the deficiencies in their defense.

Their last meeting was played on December 1, 2022, and ended with a score of 2:1 for Omonia. They have played seven games so far, and Omonia won all seven. The goal difference is in favor of Omonia 20-4.

Omonia is the host in this match, plays more efficient football, and will be the favorite in the first match. Bearing that Karmiotissa hardly scores goals, the total number of goals should be at most 3.