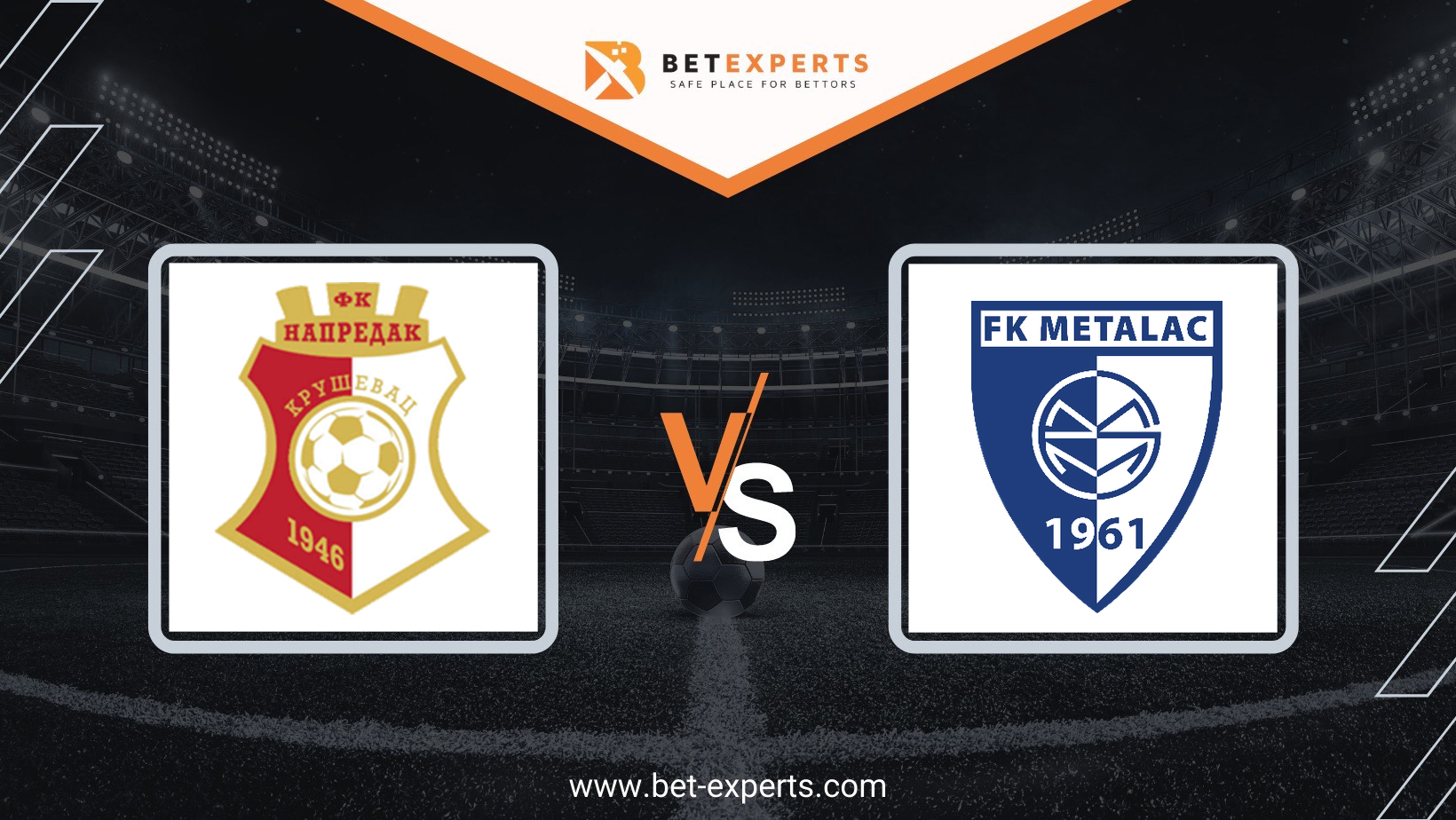 The most interesting match in the last round will be played tomorrow by Napredak and Metalac, and this duel attracted our attention because Napredak is deciding on its destiny in tomorrow’s match, whether to play in the playoffs or the playoffs.

The team from Krusevac had too many ups and downs this season, and the general impression is that they could and had to be much better. Napredak recently hired the third coach this season, so it is clear that the team is not in the best situation. So far this season, they have achieved a record of nine wins, seven draws, and thirteen defeats in twenty-nine matches, with a modest goal difference of thirty goals and thirty-six goals conceded, and before tomorrow’s match they have two points less than the eighth-placed Mladost team. so that only a victory against Metalac leads them to the playoffs. They are in very bad shape, considering that they did not manage to triumph in the previous five matches, so we believe that tomorrow they will give one hundred percent of their possibilities to finally end this series of negative results.

Metalac will fight frantically for survival in the league, as it has only twenty-seven points won after twenty-nine games played. They did not have much success on the visiting fields, because they achieved the result of two victories, four draws and even eight defeats in fourteen matches, with a goal difference of fourteen goals scored and twenty-six goals conceded. We must also mention the fact that Metalac has conceded a total of fifty-one goals this season, and is currently the second-worst team in the league in terms of defensive performance. Considering that this season the two worst placed teams are directly eliminated from the league, a possible victory in tomorrow’s match would help them make a significant step forward in preserving their first league status. We expect that they will play much more offensively tomorrow, since they don’t have much to lose, unlike the home team.

The last three duels between these teams ended with at least three goals scored.

Zoran Milinkovic is the third coach in the home team’s bench, and he was brought in so that Napredak could still play in the playoffs this season. Napredak is in a situation to decide on their destiny, and it is clear that only a victory in tomorrow’s match brings them placement in the eighth position on the table. For that reason, we expect that the players of the home team will play more offensively from the very beginning of the match, and try to finish the job as soon as possible. The visiting team is a sure participant in the playoffs, but they will want the regular part of the competition to end in the best possible way. Both teams will “chase” all three points in tomorrow’s match, so we believe that a very open match awaits us, in which goals should not be missed.

Pick: Goals to be scored in both halves
Odds: 1.72
Bookmaker: 22Bet