Because of the FA Cup, there are no games in League One, League Two, and National League, so Championship is the only league below Premier League where the games will be played.

Gary Rowett is doing a fantastic job with Millwall. He took a job in October 2019 when Neil Harris was sacked. In the last two seasons, Millwall finished in 8th and 11th place in the table, which is fantastic results for this team. Millwall doesn’t have a big budget, a long list of players, and to be in the top half of the Championship is amazing.

Rowett signed a couple of good players during last summer, so Millwall is a little stronger than last year. The predictions before the season were that they could fight for the top 6 and place in the playoffs. After 16 rounds, the situation is very optimistic. Millwall currently sits in 9th place with 24 points, only one point less than 5th place QPR.

There is an opinion that Gary Rowett is one of the best managers in the Championship in terms of tactic. He usually prefers 3-4-3, but sometimes Millwall is playing 4-3-3. Rowett doesn’t rotate too much; the bench isn’t that long, and so this season, Millwall uses only 19 players, and only 15 of them have played above 500 minutes.

During Rowett’s mandate, Millwall plays solid football with a few goals, which are very hard to beat. They scored 16 and conceded 16 this season, which tells more about them.

Jed Wallace is the best player with five goals and four assists.

Derby Country had a tough summer. They lost half of the team, didn’t have enough players to fill the bench, and were under a transfer embargo, which culminated with going into administration and 12 points deduction. So, Derby is now without an owner, in the hands of administrators, and currently 24th on the table with only 5 points.

Wayne Rooney stays as manager, and he will do anything to keep Derby in this league. The County is in a series of 6 games without a win, but the good thing is that they don’t concede too many goals. Even with this kind of problem on and off the pitch, Derby conceded only 15 goals this season, with only Fulham, Bournemouth, and WBA conceded less. They only had five defeats this season, and four defeats were with one goal margin.

With 12 goals scored, Derby’s attack is one of the weakest in the Championship, and their top scorer is center-back Curtis Davies with three goals.

Millwall’s center-back Daniel Ballard maybe miss the game with Derby. The defender who is on loan from Arsenal missed a game with Reading on Tuesday. Derby will be without Ravel Morrison because of suspension, but Graeme Shinnie is back in the team.

In the last four seasons, they played eight times, and Derby has won 3 games, Millwall 4, and one game finished with a draw. Five of that eight games were finished with under 2.5 goals.

Millwall and Derby are two solid teams, and in their matches, we don’t see many goals. On Millwall’s games an average is 2 goals per game, and on Derby’s is only 1.7 goals per match.

Simply, Gary Rowett and Wayne Rooney are that kinds of coaches. They don’t want to risk. Especially, Derby this season with situations like it is.

So, we don’t expect too many goals at the Den stadium. You can go with under 1.5 goals and under 2.5 goals. What you like. 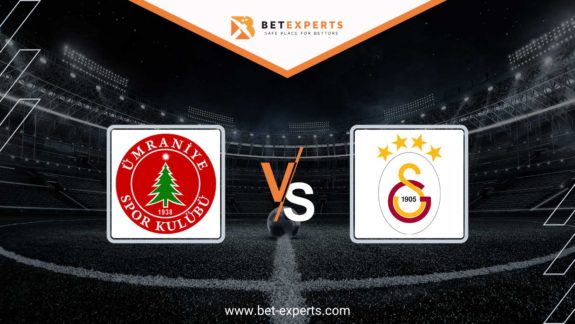 Umraniyespor pulled off a big surprise against Fenerbahce in the first round, but Galatasaray will…

The last round of the Group stage of the Champions League comes back this week,…