The new round of fixtures in Championship will be played midweek, as usually on two days, on Tuesday and Wednesday.

A new era has started on Saturday. Neil Warnock is no longer manager of Boro, and Chris Wilder is his successor. After a couple of months without a job, Wilder is finally back. We all know that he had done an excellent job with Sheffield United.

He managed to build a very good side at Bramall Lane, and he pushed his Sheffield to Premier League and 9th place finish from the relegation zone in League One in just a couple of seasons.

Middlesbrough is a good side with players who can play in Wilder’s system with three center-backs because Warnock played in that formation this season. So, Wilder said recently that he is very pleased with how players quickly adapted to his tactical ideas.

Wilder’s debut was solid. A point at home against Millwall is a good start. Boro played very well, had better chances, and deserved more from that game.

This is another very turbulent season for Preston. After 13th place finish last season, it seems that this season club is going backward. Frankie McAvoy took a job as interim manager after Alex Neil was sacked in March, and in May, he was given a permanent position. Fans are against McAvoy and ask the board to find another manager.

Preston is 16th in the table with 21 points, but only 6 points above the relegation zone. They are in bad form now, and in the last two games, they have had two straight defeats.

The local media reported that Preston’s board isn’t happy with the results, and they are looking for a replacement. The game against Middlesbrough will be, maybe, last for McAvoy on Preston’s bench if they lose.

Preston is very poor away from home, where they have only one win and 6 points. Only Barnsley and Peterborough collect fewer points away from home.

During a couple of last seasons, Preston had big problems with the effectiveness of their strikers. Since Joe Gardner’s 26 goals in 2014/15, no one has scored more than 13 league goals in the previous six seasons.

This year, the top scorer is Danish striker Emil Riis, who has scored seven goals by now.

They played nine times in the previous four seasons, and Boro has four victories, Preston 2, and 3 games have finished with a draw. Preston has won only once in the last seven visits to Riverside stadium.

Dael Fry and Martin Payero are out for Middlesbrough, and Andraz Sponar is questionable. Striker Chad Evans could be back on the bench for Preston after injury. Goalkeeper Declan Rudd is out for another month.

We will bet on Chris Wilder. We believe that he can turn things around at Riverside Stadium and bring Middlesbrough closer to the Top 6 battle. Boro has good players, who can easily adapt to Wilder’s tactic. With a couple of good signings in January and with a return of some injured players, Middlesbrough will be a totally different team in the second part of the season.

This will be a tough game. Both teams want to end their bad run of results, and Preston’s coach is under huge pressure. So, we think that in this game, there will be a few goals, maybe one or two, and we are on Middlesbrough side.

Today, we have one interesting bet from Championship between Fulham and Peterborough United. We found… 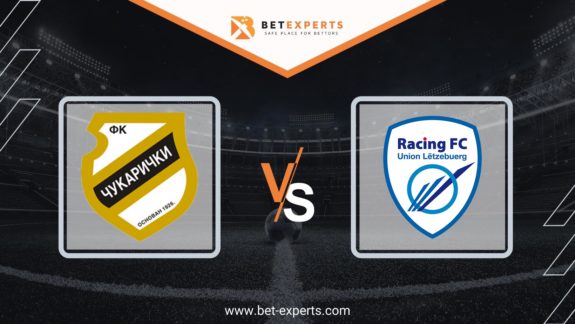 After a convincing 4:1 victory in the first match of the second preliminary round of…