Today fans will witness the big battle for the Top 6 place on Kenilworth Road stadium, where Luton Town hosts QPR.

Luton is now in 6th place with 57 points, the same number of points as Sheffield United in 5th, and only one less than Blackburn in 4th place, with a game in hand. They have won four of the last five games and only had two defeats in the previous ten games.

Their manager Nathan Jones is probably the biggest strength of this team. He created one very compact squad that is hard to break and beat. He led Luton from Conference to League One, and then he signed for Stoke. He was sacked at Stoke and returned in Luton during the coronavirus break in 2020. He managed to save them from relegation in the Championship that season and started to build an excellent team. They have 15 clean sheets – the most in the league.

Tomorrow’s match against QPR will NOT be available to watch on iFollow Hatters in countries where the EFL has an overseas broadcast deal.#COYH

QPR is another team that is making progress in the last couple of seasons under manager Mark Warburton. Since he came, they finished 13th and 9th. Now they are 7th after 35 rounds with 56 points, only one behind Luton and Sheffield United. QPR isn’t in good form. They spent a major part of this season in the top 6, but they slipped on the table because of the bad run of results and some injury issues. QPR had won only three in the last ten games, and only once in the previous seven.

They had problems with strikers because their two key strikers, Lyndon Dykes and Charlie Austin, were injured. Warburton often plays without a recognized striker and used Chair or Willock as a false nine. That didn’t work out well.

The good news is that Charlie Austin is ready to play, and he will be in the team for a short trip to Luton. When he was in the team, QPR finished only four games, from 26, without scoring a goal. Another good news is that Stefan Johansen is also ready to play. He was injured in the middle of February. He has five assists this season, and he is a very important player when QPR has the ball.

QPR failed to score away from home in only three games this season. Only Blackpool and Fulham manage to do that often.

🏟 Heading to Luton on Sunday?

Since 2006 they have met each other five times in a league game. QPR never loses. They had won four games, and one was finished with a draw. In three of those five, both teams scored at least one goal.

Stefan Johansen and Charlie Austin are ready to play for QPR, goalkeeper Seny Dieng is injured, and Mark Warburton says that there is a chance for Lyndon Dykes to return for this match. Luton is without defenders Gabriel Osho and Sonny Bradley.

This is a local derby of two teams with only 65 kilometers between them. The stake is huge. Both teams want to be in the top 6 zone. Luton has a better momentum and is in better form, but QPR will be stronger for Johansen and Austin, and that is what they missed in the last couple of games.

We expect a very good game, and we will skip a bet on full time. In our opinion, a bet on goals is a good option. 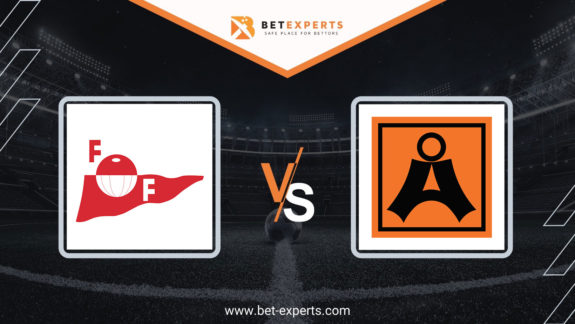 Today, we will pick one interesting game from Italian Serie A, where Sassuolo will host…