In one of the remaining matches of the regular 23rd round of the Premier League, the Leicester team will meet Tottenham at their stadium tomorrow at 20:30.

After eighteen matches played, the Leicester team occupies the tenth position in the table with 25 points. They have achieved seven wins, four draws, and seven defeats, with 31 goals scored and 33 conceded, and with an average of 3.6 goals per game, they are currently the most efficient team in the league. They achieve better results at their stadium, considering that they won 16 out of 25 points in nine matches, recording five wins, one draw, and three defeats, and in those matches, they scored sixteen and conceded twelve goals.

The changeable form is the main reason why the Leicester team is in the middle of the table, and in the last five matches, they have recorded two wins, one draw, and two defeats. After a convincing 6-3 defeat by Manchester City, they managed to make a big surprise by beating Liverpool at their stadium 1-0. In the FA Cup, they were better than Watford with 4: 1, so they are looking forward to this duel in a good mood.

𝗣𝗮𝘁𝘀𝗼𝗻 𝗗𝗮𝗸𝗮 on settling in, his song and Harry Kane 🎥

The striker talks ahead of #LeiTot ▶️

Tottenham’s duel against Leicester is in sixth place in the table with 33 points from eighteen games. So far this season, they have achieved the result of ten wins, three draws, and five defeats, with a modest goal difference of 23 goals scored and 20 goals conceded. They recorded three wins, two draws, and three defeats in eight games on the visiting fields, with only seven goals, scored and ten goals conceded.

Tottenham is in good shape, as they have won as many as eleven points in the last five matches played, achieving three wins and two draws. With good games lately, they have managed to get closer to the teams at the top of the table, so at the moment they have only two points less than the fourth-placed West Ham United, with as many as four games played less.

🎙 “We know we have to play against a really good team.”

In seven of the last ten duels between Leicester and Tottenham, both teams managed to score at least one goal.

Tottenham: Dier and Son Heung-Min. The performance of Regulion and Romero is still uncertain.

Due to the postponement of the match against Burnley, this will be the first match for the Leicester players after an eleven-day break. They have had a lot of problems with injuries and absences of players for a long time, but despite that, they are achieving quite solid results. It sounds a bit unbelievable that Tottenham’s team was last defeated in the Premier League on October 30, 2021, and since then they have been in a great series of matches in which they have not lost a single point.

They managed to get close to the desired fourth place in the table with good games, and if they continue in this rhythm, there are great chances that we will see them in the Champions League next season. It is clear that both teams will win tomorrow’s duel, so we can expect a very open match. The history of mutual duels has shown that goals on both sides are very common in the matches between Leicester and Tottenham, so that is one more reason to predict that both teams will score at least one goal in this match.

Today we managed to find one interesting game that will be played in Budapest, at… 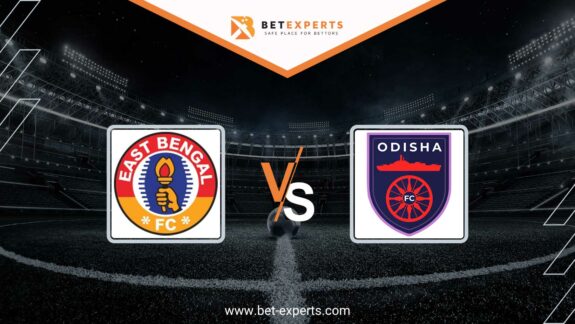