A couple of rearrangement games will be played in the National League on Tuesday evening.

The Mariners were relegated from League Two last season. They kept manager Paul Hurst and a couple of key players, aiming for an express return to League Two. The start of the season was like a dream, as they were leaders on the table until the end of October. After that fall in the form caused them to slip to 10th place. Grimsby managed to win two games in a row for the first time since October, and the last one was really impressive. They beat one of the rivals Notts County away from home.

Paul Hurst’s side has an excellent schedule in the next couple of weeks. In the next five games, they will have to play against the teams from the bottom half of the table, and that will be a fantastic opportunity for them to collect more points.

Grimsby is now only 4 points below the top 7 zone.

John Mcatee and Ryan Taylor are the club’s top scorers with 8 and 7 goals, respectably.

“We Need To Earn The Next 3 Points”

King’s Lynn is one of the smallest clubs in the National League in terms of the budget and the squad. They finished last season in 21st place, but because there was no relegation to the 6th tier, they stayed in the league for this season.

This season is much worse than the last. Currently, they are 22nd with 14 points. They are 11 points below the safe zone, and they won only two of the last 16 games in the league. Both victories were at home against Weymouth and Dover, the two teams from the relegation zone.

In almost every statistical parameter, King’s Lynn is one of the worst teams in this league. They have only one clean sheet (zero when they play away from home), they are the second-worst away side, only two teams conceded more goals than them, and only two scored less. They finished 11 out of 24 games without scoring a goal.

Recently, they sold one of the best player midfielder Ethan Coleman to the League Two side Leyton Orient.

Their top scorer is Michael Clunan with five goals.

That winning feeling 😍😍 what a way to start the month! 💙💛 pic.twitter.com/pdvEb4CR3H

This is their first meeting in history.

Without a doubt, the bet here is on Grimsby.

The difference between these two sides is massive in terms of quality. Grimsby must win games like these because they have a very good schedule in the next couple of weeks, and a good chance to keep a good run going.

The atmosphere at Blundell Park is very electric, and Grimsby has almost 6.000 fans at every game. In this place is very hard to win points, especially for teams like King’s Lynn is. Only Bromley, Chesterfield, and Notts County won at Blundell this season – the second, the fourth, and the sixth on the table in that time.

We have a couple of tips for you: 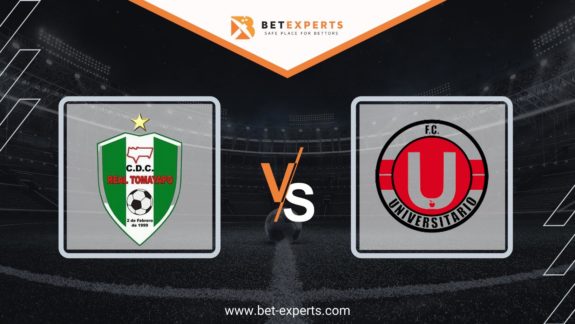 The last match of this round of the Bolivian League is played today, and perhaps…

The action is packed in English Premier League, and teams play every three days. At…