Ajax is playing great this season, and it is to be expected that they will win tomorrow’s match against G.A. Eagles without any major problems.

The G.A. Eagles are very close to the danger zone, as it currently occupies the thirteenth position on the table and has only four points more than the sixteenth-placed Sittard team. In twenty-three matches played, the football players of G.A. The Eagles had a record of six wins, five draws and twelve defeats, with a goal difference of twenty-four goals scored and forty goals conceded. At home, they recorded four wins and seven defeats in eleven games played, with fourteen goals scored and nineteen goals conceded, and interestingly, they were defeated in the last five matches at home.

They are not in the best shape, considering that they have won only two points in the last five rounds of the championship, and if something does not change drastically, they will have a very difficult fight for survival.

Ajax is the leader of the Dutch championship, and on the eve of this match it has an advantage of five points over the second-placed PSV. In twenty-three matches played, Ajax achieved the result of eighteen victories, three draws and two defeats, with an incredible goal difference of seventy goals scored and only five goals conceded. The team from Amsterdam recorded nine wins and two draws in eleven away matches, with twenty-four goals scored and only two goals conceded. Ajax is in great shape, having achieved all five victories in the last five matches in the league.

Given the huge difference in quality between these teams, Ajax is the absolute favorite, and it is only a question of how much difference they will triumph in this duel.

Ajax has triumphed in three of their last four head-to-head duels, and in the first duel of the season in Amsterdam, it was 0-0.

Ajax played 2-2 against Benfica in the 1/8 finals of the Champions League on Wednesday, and once again showed great offensive potential. On the other hand, the fact that Ajax conceded only five goals in the Dutch championship this season sounds incredible, which sufficiently confirms their defensive qualities. Since they have only a five-point advantage over PSV, winning tomorrow’s match is an absolute imperative, and we expect that the team from Amsterdam will reach three new points without major problems due to the great difference in quality.

In the first duel of this season in Amsterdam, G.A. The Eagles, with a lot of luck, managed to win one point by playing 0: 0, so the Ajax players will have enough motivation to take revenge in tomorrow’s match. We believe that the defensive qualities of the visiting team will be very pronounced again, and we expect Ajax to triumph without conceding a goal.

The Tottenham team has been in very bad shape lately, and the Leeds team will… 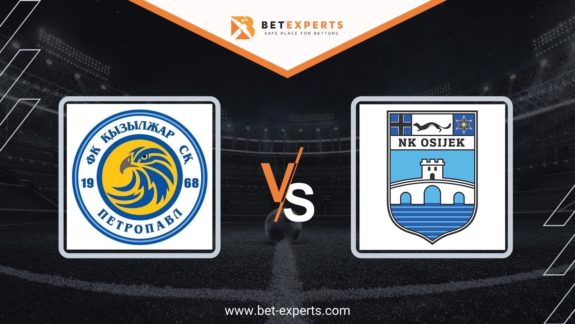 Osijek's team will also begin its journey to the Conference League, away in distant Kazakhstan,…