The game, postponed days before the New Year because of the coronavirus, will be played on Tuesday evening.

This is one of ours free football betting picks for today, and if you want to watch this game live for free, check out how to do it. If you want to read more betting expert tips, you should check our dedicated Picks Page.

Since the promotion from the National League to League Two in 2017, apart from the first season when they finished in 21st place, Forest Green always was in the top 10 in League Two. Two times they participate in the playoffs. The main goal since the promotion is another promotion to League One, and this season they are closest to archive this goal.

During the summer, they appointed Rob Edwards as a new manager. The 39-year-old Welsh manager doesn’t have too much experience. He was the Wolverhampton U23 team and the England U16 squad manager, but in his first big job, he is doing very well.

He starts to play 3-4-1-2 formation and transform Jamille Matt and Matt Stevens into the best striker-duo in this league. Together they have scored 27 goals from 45 Forest Green’s and have ten assists. The wing-backs Kane Wilson and Nicky Cadden are also very important, and they have eight goals and 14 assists together.

Forest Green is very dominant this season in League Two. They are in a run of 10 games without defeat and were defeated only once in the last 16 games! Right now, they are 7 points clear on the top of the table, with games in hand. At home, they are in a run of four straight wins.

Looking forward to seeing you all tomorrow! 👋 @OfficialECFC travel to The Fully Charged New Lawn in League Two. Get your tickets 👇 #WeAreFGR 💚

There is a couple of reasons because of the fall in form. One of the best players in the team, Sam Nombe, suffered a nasty injury at the end of November, and he is out for a couple of months. He has seven goals and one assists this season. Also, injuries hit the defense, and two important players in Pierce Sweeney and Alex Hartridge, are injured. Another problem is the coronavirus.

Exeter didn’t play a game for about three weeks, and against Sutton on 1st January, the manager Matt Taylor could not count on a couple of key players. The situation against Forest Green on Tuesday will not change too much. The difference may be that top scorer Matt Jay will start, as Jonathan Grounds and Ben Seymour. They were on the bench against Sutton because they didn’t train because of the positive coronavirus test.

As we mentioned, Matt Jay is Exeter’s top scorer with ten goals, but he didn’t score a goal from the middle of November.

A couple more fixtures yet to be scheduled, but 2️⃣0️⃣2️⃣2️⃣ is all set to be an exciting year 👊#ECFC
🎨 @LDAWGraphics pic.twitter.com/5qgLab1kcA

Forest Green will be without Ebou Adams, who is on AFCON, and striker Matt Stevens who missed the last game against Stevenage because of the coronavirus. Players that missed the last Exeter games against Sutton are Pierce Sweeney, Alex Hartridge, George Ray, Colin Daniel, Callum Rowe, and Josh Coley.

Since the Forest Green promotion to League Two, they have played nine league games. Exeter had won 4 games, four games ended with a draw, and Forest Green had only one win. An interesting fact is that 7 of 9 games finished with under 2.5 goals, the last 6 in a row.

Forest Green will be without one of their top scorers in Matt Stevens, but Exeter’s problems are bigger.

Because of the covid problems, Exeter only has six players on the bench on Saturday, and the manager Matt Taylor said that Tuesday comes too soon for something to change.

The home side is in great form, they are good at home, and their opponent is struggling right now with injuries, covid, and a bad run of form.

Forest Green is a big favorite tonight because of the current situation in both squads.

Two teams that play hot and cold will meet today in Spanish La Liga. This… 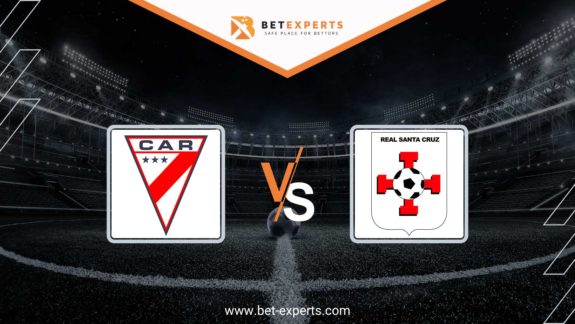 After a few days without a Bolivian football, we are again ready to do some…