Today we found one exciting bet from England.

This club has an unbelievable story. Their owner Mark White, who is also a manager, created this club in 1999 because he and his friends were bored on Saturday afternoon, and they needed something to fill their spare time and have fun.

They started from the 17th tier, and no one could expect that 23 years later, Dorking would be the leader in the National League South, the 6th tier of English football. A unique story indeed.

Dorking was promoted to National League South in 2019. The previous two seasons were canceled because of the coronavirus, and Dorking was 7th and 1st when those seasons stopped.

This season, they are in an unbelievable run of results once again in the first place. Dorking is currently in a series of 9 consecutive wins, and in that run of wins, they scored 35 goals – 3.89 per match!

Their top scorer Alfie Rutherford is in fantastic form. He scored 19 goals this season, and he has had 14 goals in the last nine games!

JANUARY PLAYER OF THE MONTH 🗳️

Vote now for your Stonegate Homes Player of the Month for January via the link below 👇https://t.co/DaYoX05rPJ

Most of the time in the National League South they spent in the second part of the table, but when last season was canceled in January because of the coronavirus, Oxford was in 4th place.

Oxford is in a run of two consecutive wins against Welling and Havant, but the results have been inconsistent in the last couple of weeks.

An interesting fact about Oxford is that they are one of only two teams in the top 6 leagues in English football yet to lose a game away from home. They played nine games and had five wins and four draws. Another interesting fact – their last defeat away from home comes up in November 2020 against Dorking Wanderers.

Joe Iaciofano is Oxford’s top scorer with 12 goals, and he scored 4 in the last seven games.

🔜 𝗧𝗼𝗺𝗼𝗿𝗿𝗼𝘄 we travel to Dorking Wanderers.

Who else is making the journey with us?

They played four times in the last three seasons. Both teams have two wins each, and in that four games, 16 goals were scored.

This is a derby match because 1st on the table plays with 3rd. Dorking and Oxford team with one of the highest number of goals scored on their games, especially on Dorking’s game on which we see 4.1 goals per game. 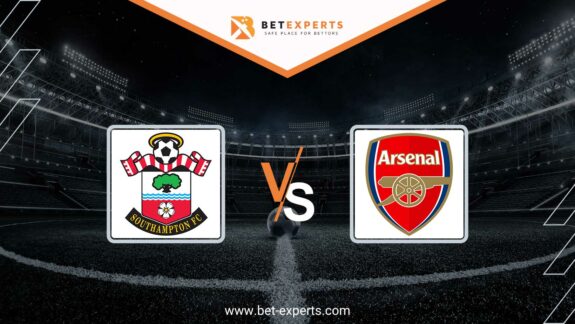 The Southampton team, as a part of the 13th round of the English Premier League…