The 1st of January brings to us only one game in the National League, and a larger part of it will be played on Sunday.

Chesterfield was relegated to the National League in 2018 after suffering two consecutive relegations from League One. Since then, the situation wasn’t brilliant. In the first season, they struggle so much and finished in 15th place. The start of the last season was terrible until December. It seems that Chesterfield will relegate to the National League North because they were in the relegation zone, but a lot of things have changed in the last year.

The key moment during the last season happen at the end of November when James Rowe took charge of Chesterfield. Rowe leaves Gloucester City in the National League North at the moment when Gloucester was the leader in the championship to take a job in Chesterfield who was in the relegation zone.

That gamble paid off. With Rowe comes a couple of new signings and Chesterfield finished the season in the National League in unbelievable 6th place and participate in playoffs where they suffer defeat against Notts County.

This season James Rowe has built a much stronger team and Chesterfield is the current leader of the National League with only one defeat after 19 games.

Right now they are in the run of 10 games without defeat and the last one comes in September against Woking.

Chesterfield is, beside Boreham Wood, a team without a defeat at home this season. The last defeat at Technique Stadium comes up in May.

King’s Lynn Town is founded in 2010 after the old club King’s Lynn was going out of business. They have started from the 9th tier and after 11 seasons they skip four ranks and have been promoted to National League. The Linnets are one small and very interesting club. They are from the east of England, from Norfolk, and they are owned by local businessman Stephen Cleeve and his wife. Stephen Cleeve has a podcast about football called “I Bought A Football Club”, so if you like you can listen to him. He is very active on Twitter, too.

This is their second season in the National League. In the last, they finished in 21st place, but because there was no relegation they keep their place in National League for another season. Last season they conceded 98 goals and had the worst defense in the league, and they kept that trend even this season. With 40 goals conceded their defense is the second-worst, after Dover who conceded 48 goals.

Because of a bad run of results, King’s Lynn sacked manager Ian Culverhouse and promoted Tommy Widdrington to be his successor. With Widdrington King’s Lynn played only two games. They won against Dover but lost against Halifax, and the last two games were postponed.

King’s Lynn is currently 22nd in National League with 11 points. They are in a run of 9 defeats in the last 10 games, and they scored only 17 goals this season. Only Southend has scored fewer goals.

They are the only team in this league without a clean sheet this season, and they finished 10 games without scoring a goal.

On Chesterfield, without any doubt.

Chesterfield is a simple much better team than King’s Lynn. They are in a good run, have an amazing Kabongo Tshimanga who is right now scoring goals for fun. They are a very good home side and with 16 conceded goals have one of the best defenses in this league.

On the other side, King’s Lynn is all the opposite.

Chesterfield is a really big favorite here and everyone would be surprised if they don’t win three points easily.

Currently, 22Bet has an excellent WELCOME BONUS for all new customers. Register today to take advantage of this offer and claim your bonus. 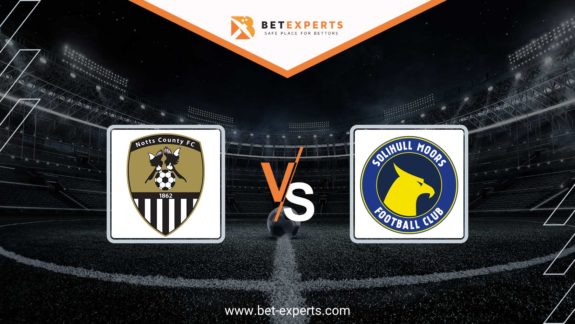 Maybe the most interesting game of this round of UCL will be played in Spain,…