Only four games in Championship will be played this weekend because many of the teams from this league are participating in the 4th round of the FA Cup.

The first season in the Championship since the promotion from League One last season is excellent for now for Blackpool. They are 15th in the table with 37 points and 17 points above the relegation zone, so they are almost safe from relegation at the start of February.

If they manage to fix the results until the end of the season, they can, maybe, be a contender for the place in the playoffs. For now, they are 8 points short.

The problem for Blackpool and their manager Neil Critchley is a drop of form in the last three months. Since the start of November, they have had only three wins in the 13 games.

Blackpool was one of the major candidates for relegation back to League One this season because they didn’t invest a considerable amount of money into the squad. Still, Critchley knows what he is doing, and he is doing it very well this season. Blackpool has a young and talented squad, and Critchley is someone who worked in the Liverpool U23 team and knows how to work with young players.

They are in the run of two games without a defeat, and in the last game, they manage to grab a point at Craven Cottage against Fulham, which is a fantastic result because everyone is scared of Fulham right now form.

Jerry Yates and Shayne Lavery are the club’s top scorers with seven goals each. Keshi Anderson is also one of the essential players in midfield with four goals and four assists, but he is injured right now.

Here’s all of the key info you need ahead of the fixture.

Nigel Pearson took charge in February, but he didn’t change many things at Bristol City. They spent a larger part of the season in the second part of the table this season.

Pearson signed a three-year contract, and he said that he needs time to rebuild this squad, but it seems that he will need much more time to do that than three years.

Bristol struggled with results at home during the previous year. They were without a win at Ashton Gate from February to October. Finally, they have won at home, but now they are struggling away from home.

Bristol is without a win away from home for eight games. That run started on 2nd October, and in all eight games, that conceded two or more goals.

Pearson is struggling with defense. Nathan Baker is injured, and now Rob Atkinson has suffered an injury, and he will be out of action for three weeks. Because of the defensive problems, Bristol has been without a clean sheet in the last eight games.

On the other side of the pitch, they have players who are in great form. One of them is their top scorer Andreas Weimann who finds a net 14 times this season, and Antoin Semenyo is also in fantastic form with nine goals contribution in the last eight games!

Bristol conceded 32 goals when they played away from home – the second-most in the Championship!

Late late drama when we visited Bloomfield Road in 2008! ⏮ pic.twitter.com/tcGDyxdOek

Their first game this season was finished with a 1-1 draw, and that was their only meeting in the last nine years.

The common thing for both clubs is injuries! They have a lot of injured players. Blackpool is without a left-back, and if Reece James can be ready, he will cover that position. Bristol is without two center-back and two very important midfielders in King and James.

Bristol conceded a lot of goals, as Blackpool. Both teams have very good strikers who are in great form, and this is a duel of two teams from the middle of the table.

So, we will put a bet on goals.

There is no rest for English clubs, as they play this midweek EFL Cup. In… 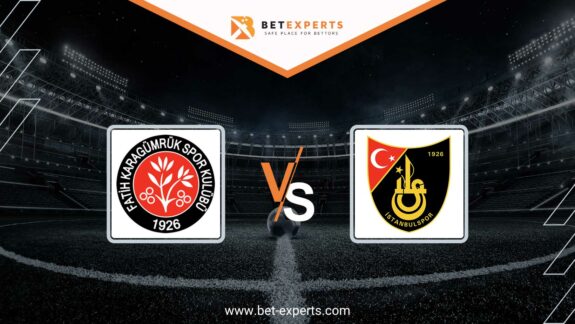 Instead of fighting for the top of the table and Europe, the home team is…