One of the rare matches of the regular eighteenth round of the Premier League that has not been postponed due to problems with Covid-19 is the duel between Aston Villa and Burnley, which will be played tomorrow at 16:00 at Villa Park in Birmingham.

If you wonder how to bet on Premier League, and other professional English leagues, you should follow our experts as they post daily free predictions.

Aston Villa is currently in tenth place in the table with 22 points from 17 matches played. In the previous part of the competition, they recorded seven victories, one draw, and nine defeats, with 23 goals scored and 25 goals conceded. They played eight matches at Villa Park and managed to achieve four wins, one draw, and three defeats, with a goal difference of 14 goals scored and 11 goals conceded. In terms of form, Aston Villa has managed to record three wins and two defeats in the last five matches played. They defeated Crystal Palace away with 2: 1, and in the next match, they lost to Manchester City 2: 1. At home, they were better than Leicester with 2: 1, and then they were defeated by Liverpool with 1: 0 at Anfield. In the last match, they defeated Norwich 2-0. With the arrival of Steven Gerrard, they started to provide much better games, and we expect them to get more seriously involved in the fight for fifth place in the table, which provides competition in the Europa League at the end of the season.

The final matchday before Christmas. 🎄

Burnley is a team that is in the danger zone, and with 11 points won after 15 matches, they occupy eighteenth place in the table. They managed to achieve only one victory, eight draws, and six defeats, with a modest goal difference of 14 goals scored and 21 goals conceded. In the matches played on the visiting fields, they are still without a victory, and they recorded four draws and four defeats with only six goals scored and thirteen goals conceded. Interestingly, they have drawn four times in the last five matches. They made a big surprise by playing 1-1 against Chelsea in London and then playing 3-3 at home against Crystal Palace. The match against the Wolves went without goals, and then they were defeated by Newcastle 1: 0. In the last match played at their stadium, they played 0: 0 against West Ham United. It should be mentioned that the Burnley players have failed to score in as many as three of the last five matches played on away pitches.

🚐 Making your way to the Midlands to watch #AVLBUR today?

Please make sure that you read our match guide ⤵️#UTC

In the last two years, these two teams have played two matches at the Villa Park Stadium in Birmingham, and both times the matches ended without a winner.

Burnley: Barnes and Roberts. Cornet and Stephens are still uncertain about their performance in this match.

With the arrival of Gerrard on the Aston Villa bench, the team started to provide much better games. They put up a great resistance in the matches against Manchester City and Liverpool, and they managed to beat Leicester and Norwich quite easily. Winning this match would bring them significantly closer to the fifth position in the table, and we are sure that they will use the excellent form they are in, as well as all the problems that the visiting team has, and reach three new points. Burnley achieved their last victory almost 50 days ago when they defeated Brentford 3: 1 at home. They have a lot of offensive problems, and in this match, they will play against a team that has conceded only four goals in the last six matches. Everything except the victory of the home team in this match will be a big surprise. 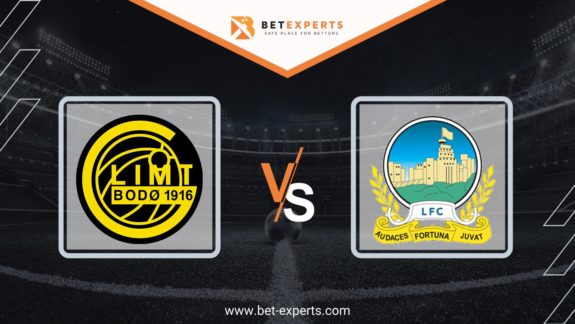 The home team has a one-goal deficit from the first match against Linfield, so the…

Today, we will pick one interesting game from Italian Serie A, where Bologna will host…