Arsenal continues their fight for a place in the Champions League, but tonight they will have a very difficult task given that their opponent will be the Wolves, which also has ambitions to secure participation in one of the European competitions next season.

Arsenal currently occupies the sixth position in the Premier League table with forty-two points won after twenty-three matches played. So far this season, they have achieved thirteen victories, three draws, and seven defeats, with thirty-six goals scored and twenty-six goals conceded. At home, they recorded eight wins, two draws and two defeats in twelve games played, with twenty goals scored and only nine goals conceded. They managed to achieve two victories in the previous two rounds (Wolves 1: 0 and Brentford 2: 1), so they are in a good mood for the duel with the Wolves.

Arsenal has ambitions to secure participation in the Champions League next season, and only the victory in tonight’s match leaves them in the race for the flame in the fourth place on the table.

The Wolves are the seventh-ranked team in the table, with forty points scored after twenty-four matches played. They recorded twelve wins, four draws, and eight defeats, with twenty-three goals scored and only eighteen goals conceded, and with an average of 0.78 goals conceded per game, they are one of the best defensive teams in the league. In twelve matches played on the visiting fields, they achieved the result of seven victories, two draws, and three defeats, with thirteen goals scored and eight goals conceded. They are in good shape, considering that they have won as many as twelve points in the last five matches.

In the last two rounds, they defeated Tottenham with 2: 0 and Leicester with 2: 1, and thus showed that a serious candidate is one of the positions on the table that ensure participation in one of the European competitions next season.

A trip to the capital on a Thursday night ✨

In the last three matches played in London, both teams managed to score at least one goal. In the first duel of this season, Arsenal won 1: 0.

Two weeks ago, Arsenal managed to defeat the Wolves away team with the result of 1: 0, but tonight we expect a much different match. The home team has no problem with player absences after a long time, so we can expect them to play more offensively, especially considering that the Wolves are one of the best teams in the league in terms of defensive performance. Both teams have high ambitions this season, so only a victory in tonight’s match suits them, which means that goals in this duel are a very likely option, because both teams have the quality to score at least one goal.

Tomorrow we will have an opportunity to watch one interesting game from Bolivia, where Vinto… 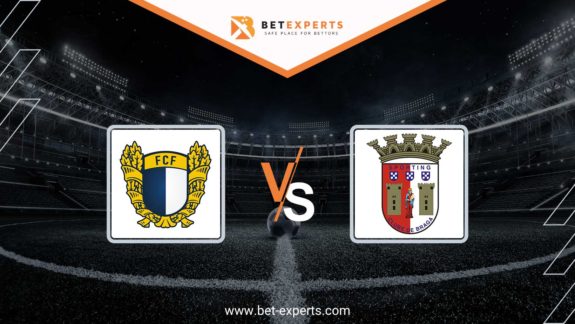