Arsenal will welcome the most pleasant surprise of this year’s Premier League, the team of West Ham United, tomorrow at 21:00 at the Emirates Stadium, with a big derby in North London.

Arsenal is the sixth-ranked team on the table, and after sixteen games played, they have 26 points won. They recorded eight wins, two draws, and six defeats, with 21 goals scored and 18 goals conceded. The Arsenal team provides much better games in the matches at their stadium, so they recorded six wins, one draw, and one defeat in eight games played. This performance was followed by 15 goals scored and six goals conceded. Arsenal has been playing quite changeable lately, which is best seen by the results achieved in the past five matches, in which they have triumphed twice and lost three times.

Liverpool was better with 4: 0, and then they defeated Newcastle at home with the result of 2: 0. They were beaten by Manchester United with 3: 2, and in the next round by Everton by 2: 1. In the last match, they defeated Southampton with 3: 0. This year’s management goal is for the club to finish the season in one of the places that lead to the Champions League, but having in mind the competition, it will not be easy at all.

West Ham has shown a legitimate candidacy to win one of the places in the championship so far, which ensures a direct placement in the Champions League at the end of the season. They currently occupy the fourth position on the table with 28 points won after sixteen matches played. In the last part of the competition, they recorded eight victories, four draws, and four defeats, with 28 goals scored and 19 goals conceded. They played eight matches on the visiting fields, in which they recorded four wins, two draws, and two defeats, with 12 goals scored and seven goals conceded.

They are in a slight decline in form, and in the last five matches, they have played one victory, two draws, and two defeats. After a surprising defeat by the Wolves with 1: 0, there was a defeat by the championship leader Manchester City with the result of 2: 1. They played 1: 1 against Brighton, and then they defeated Chelsea 3: 2 at their stadium. In the last match played, the Burnley team played 0: 0 away. A few mistakes by West Ham lately have allowed the competitors to get closer in points, so the popular “hammers” need a victory in this match to regain their shaky self-confidence.

Five of the last seven mutual duels of these teams ended with at least three goals scored.

Arsenal – Kolasinac and Leno. Aubameyamng will miss this match by coach’s decision.

West Ham United – Fredericks, Johnson, Ogbonna, and Zouma. Cresswell is questionable for appearances in this match.

Both Arsenal and West Ham United are fighting for one of the places on the table that secures a place in the Champions League at the end of the season, so victory is imperative for both of them. We have seen several times this season that these teams can play extremely offensively, and considering the importance of the match, we expect an offensive game in this game as well.

West Ham has played ten games this season in which at least three goals have been scored, and it should be mentioned that they played very efficient matches against better teams from the league (Manchester City 2: 1, Liverpool 3: 2, Chelsea 3:2). We expect an open match, and as both teams are offensively oriented, goals in this duel should not be missed. 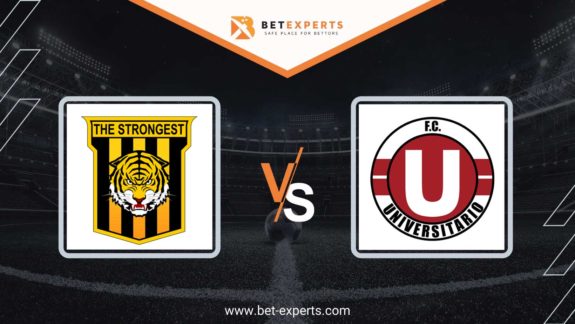 This Sunday in Bolivian Primera Division, we will witness the game between David and Goliath.…

After an unexpected defeat in the last round by Sassuolo, Lazio will meet the team…