Today, we have one interesting bet from Spanish basketball, in the game between Tenerife and Real Madrid.

Since Txus Vidoretta returned to the Tenerife bench in 2018, this team has once again become one of the best in Spanish basketball. Last season, they finished third in the Endesa League. In the playoffs, they were eliminated by Barcelona 2-1 in the semifinals. The ambitions are very similar again. The wish is to play again at least in the semifinals of the domestic championship, and in the FIBA Champions League, they will try to win the second title in the club’s history. Giorgi Shermadini is the most important factor on the court. Georgian center defends the paint very well, while in the offense he is the most efficient player with over 13 points on average.

Team captain Marcelinho Huertas brings much-needed experience, while Kyle Wiltjer and Sasu Salin are in charge of scoring three points. Tenerife have a lot of quality players and when they manage to impose their rhythm on the opponent, they are able to beat everyone.

Real Madrid came to the Copa del Rey in very poor form, probably the weakest since the beginning of the season. Last weekend, they beat Unicaja in Malaga by only one point, and before that, they lost as many as three consecutive matches in the Endesa League. In direct duels against Barcelona, they were twice defeated by a double-digit difference in the short distance of time. Real Madrid have won the Copa del Rey only once in the last five years and there is great motivation to return the trophy to their home.

However, they will have to play much better for something like that. In the quarterfinals against Breogan, they dreaded until the last minute when the winner was decided. Guerschon Yabusele is perhaps Real Madrid’s most consistent player this season, alongside Walter Tavares who is considered the best center in all of Europe. Trey Thompkins and Anthony Randolph are not playing at the level they were before after serious injuries, while Alberto Abalde has also regressed.

In the quarterfinals of the Copa del Rey, Tenerife defeated Joventut 64:62. At the end of the third quarter, Tenerife led by as many as 17 points, but still allowed the club from Badalona to return and make the final outcome uncertain. Real Madrid eliminated Breogan, but they also struggled until the last minute of the fourth quarter. Real Madrid won their last 14 games against Tenerife.

Tenerife will have all the players available in this match. Real Madrid came to the Copa del Rey without the injured Rudy Fernandez, while Anthony Randolph was dropped from the team. Gabriel Deck also skips this tournament, as does Carlos Alocen who suffered a serious injury against Unicaja.

Unlike Breogan, Tenerife is able to play even more engaged and better in defense and to properly torment Real Madrid in this game. There is no doubt that coach Vidorette’s team will be motivated to make a surprise, and if they fail to do so, it is to be expected that they will at least cover the eight-point handicap. 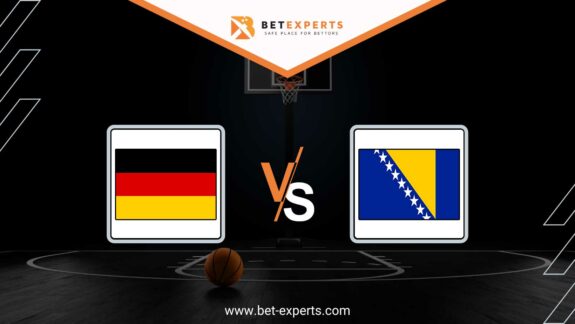 In the second round of the EuroBasket 2022 championship, the two teams that won at…

Tonight we have several interesting games across national championships in Europe, but the most interesting…