Studentski Centar from Podgorica will meet Igokea from Aleksandrovac tomorrow at 9 pm in the Morača Hall, in the match of the regular eleventh round of the ABA League.

Before the beginning of this season, Studentski Centar was one of the main candidates for the last place on the table, but with the achieved results, they showed everyone that they are not a team that can be easily underestimated. They welcome this match in the tenth place on the table with the effect of four victories and six defeats. So far, they have scored 807 and received 881 points, and with an average of 168.8 points per game, they are the most efficient team in the league. They played four matches at home, in which they achieved three victories and one defeat, with 342 scored and 338 received points, which gives us the information that they play matches in their hall with an average of 170 points.

As for the form, they have achieved only one victory in the last five matches, so it is the right time to show a reaction and break through the negative results. In the matches on their field from the very beginning of the match, they impose the rhythm of the game, which has brought results so far, and we expect an offensive approach and faster pace in this duel as well.

Before the beginning of this season, Igokea changed the concept, so coach Bajić decided that the basis of the team should be domestic players, with only four foreign basketball players on the roster. This season, they are also playing in the Champions League, and with the victory against Nymburk a few days ago in Laktasi, they created a real chance for themselves to be placed in the elimination phase of that competition. They currently occupy seventh place in the ABA league, and they have achieved 5 victories and 5 defeats in 10 matches played. So far, they have scored 783 and received 774 points, which means that they have played matches in the current part of the season with an average of 155.7 points per game.

They played four matches on the visiting pitches and recorded only one victory, with a slightly more modest performance of 302 goals and 316 received points. Appearances in two competitions affected the form of the team, so in the last five matches in the ABA league, they achieved two victories and three defeats. Winning this match would bring us closer to the top of the table, and knowing coach Bajić, we can expect great fighting spirit from the Igokea players in this match.

According to the latest information, both teams should be without absences, so that both coaches can count on the strongest teams.

Studentski Centar and Igokea have not met in official matches so far.

According to the bookmakers, Igokea is the favorite, but we would still avoid predicting the winner of the match, and our choice for this match is the option that the match will end with more than 154.5 points. The home team has shown many times that it can score over 85 points without any problems, and as Igokea has great shooters in its team, it is to be expected that they will score around 80 points. 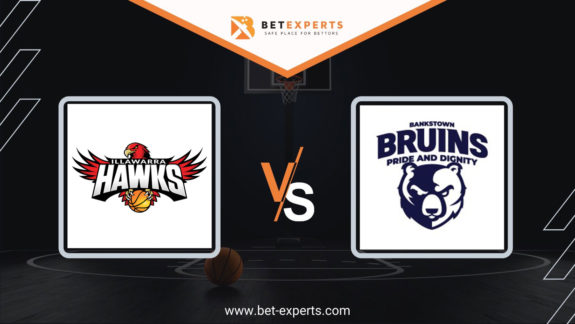 As usual it is a very busy schedule in the Australian NBL1 this weekend, especially…