One of the main title contenders in this year´s Aussie NBL, Sout East Melbourne Phoenix, will look to take advantage of their healthy roster and continue their winning ways this Sunday. They will host the unpredictable Illawarra Hawks who have become more composed recently but still haven´t beaten any of the very best teams in the league.

If the Hawks want to compete for a title like last season, they will have to seriously improve their game. They have a very efficient starting five and a great coach in Brian Goorjian but they lack points from their bench and have limited options offensively. By looking at their recent results it seems they finally got going but all of their wins came against unstable teams from the lower end of the table.

Today they will face one of the toughest challenges at the moment as their true worth will finally come to surface. A star-studded Phoenix team awaits them after they were beaten by them at home around a month ago. In one of the most dramatic games of the season so far, the shorthanded Phoenix prevailed by one point(88:87) playing without multiple starters. Even though the Hawks had home-court advantage and a full roster it simply was not enough against a tough Phoenix team.

South East has incredible firepower and a long roster with almost ten players who can all finish a game with double-digits. Even when they are down a couple of pieces they are still very tough to beat so with a healthy roster only the champions Melbourne United can keep up with them. Hawks are fighting for the playoffs and have been winning recently but in our opinion they will have to turn to other games for crucial points.

After the international break Phoenix got the ball rolling with a nice away win against the 36ers in Adelaide this Friday(83:76). On the other hand, the Hawks had one of the easiest games of the season so far facing a significantly weakened Breakers team in Tasmania winning 102:87. They travel to Melbourne in good spirit but realistically their chances are very slim as the Phoenix marked this week´s games as their key fixtures of the season.

We think the hosts should be bigger favourites in this clash. Illawarra barely managed to keep the only head-to-head game close even when Phoenix were down a couple of key scorers. That gives South East good momentum going into this game which they should win by more than 2 points.

Currently, Bet365 offers an excellent WELCOME BONUS for all new customers, where you can get up free bets. Register today, and get this fantastic offer

Euroleague has suspended CSKA and Zenit, so Crvena Zvezda has a real chance to secure… 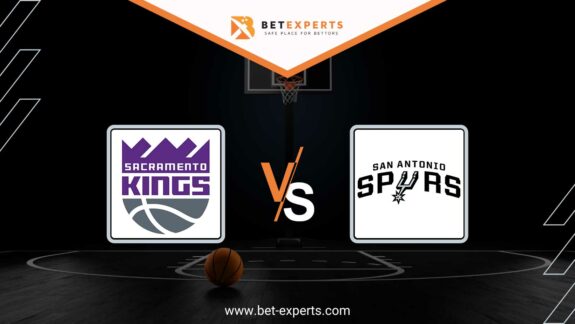 In the capital of California, the home Sacramento Kings welcome the visitors from Texas, the…