The Real Madrid basketball players continue their fight to win first place in the Euroleague table, and tonight at 20:45 they will welcome the Baskonia team in their hall.

We found the best odds for this game at the popular 20bet sportsbook, where if you register a new account you can get an attractive Welcome Bonus for all newly registered customers. More about 20Bet Welcome Bonus, you can find in our article here.

Ahead of this match, Real Madrid is the second-placed team in the Euroleague table with fourteen victories after seventeen matches played. In the previous part of the competition, they scored 1349 and received 1220 points, which means that their matches are with an average of 151.1 points per game. According to Olympiacos, Real Madrid is the only team that has not yet suffered a defeat at home, as they have recorded all nine victories in nine matches played in Madrid. In those matches, they scored 738 and received 637 points or 152.8 points on average.

They are in great shape considering that they have achieved four victories in the last five matches in the Euroleague, and the only defeat in that period was 93:80 against Barcelona. A good game in defense is the “key” to the good results of the Madrid team, and the Real Madrid team in its hall allows opponents only 70 points on average per match.

Even the change of coach did not help the Baskonia team to “start” a bit and start fighting for one of the positions that ensure the playoffs. After eighteen matches, they have achieved the result of seven victories and eleven defeats, and currently occupy the fifteenth position on the table. In terms of efficiency, so far they have achieved 1298 and received 1413 points or 150.6 points on average.

On the visiting fields, they recorded only two victories in nine matches played, with 594 scored and 720 received points, which means that they play away matches with 146 points on average. They have achieved three victories in the last five matches, and in the last round, they defeated Barcelona at home with 94:75, although we must objectively say that the victory was achieved because Barcelona played badly.

The last five mutual duels of these teams played in the Euroleague ended with less than 150 points scored.

Real Madrid is playing very well in defense this season, which is best shown by the fact that they allow opponents an average of 71.8 points per game. On the other hand, Baskonia has big problems in terms of efficiency in away matches, as they score only 66 points on average in those matches. As both teams have problems with player absences, we expect the match to proceed at a slightly slower pace. And the tradition of mutual duels between these teams supports our idea that this will be with a smaller number of points since the last five duels between Real Madrid and Baskonia in the Euroleague ended with less than 150 points. 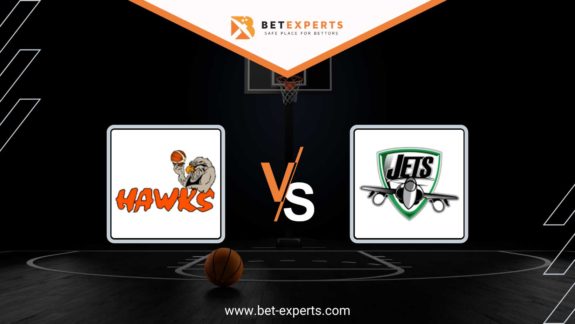 After ten days, the Bay Hawks are back in action in the New Zealand NBL…